So stem cells are amazing things.  But like anything biological, they come with risks.  That is especially true when they are the main component in treatments that no one really knows are safe.  And do these treatments even work?  That is up for debate.  And many do.  But even more people are looking for stem cell treatments for a host of different problems.  But when the stem cells themselves are dirty, that’s when things get particularly dangerous.  And now that a recent CDC report has come out, we have obvious confirmation.  At least 12 people got sick after receiving injections of stem cells filled with dangerous bacteria. This is really dangerous stuff. Major infections kill people.

Read More: These Are Unhealthy Kitchen Things You Really Need to Throw Out

So obviously, that’s a dangerous situation.  No one chooses to receive contaminated material.  But this outbreak was first seen this past September.  That’s when Texas health officials first made the discovery. Three people got sick after they got stem cell treatments at an outpatient clinic.  Then officials from Florida also reported four more of their own that happened between February and August.  Then three more in Texas and one last one in Arizona.  Somehow, no one died from these injections.  But all of them got hospitalized from their serious infections.  Some of them were in the hospital for over a month. Can you imagine? You get treatment for simple joint pain. Then you’re in the hospital for over a month. All because you tried a simple, new treatment. But it was dirty.

STEM CELLS ARE POWERFUL, BUT UNAPPROVED TREATMENTS CAN KILL YOU

So these dirty stem cell injections came from a California company, Liveyon.  But Liveyon received all their stem cell materials from another company, the biotech firm Genetech.  But when investigators tested their supplies, they found them contaminated with the bacteria Escherichia coli and Proteus mirabilis.  So those usually infect wounds.  But that is NOT what you want injected directly into your bloodstream.  Since doctors found similar strains in the sickened patients, it’s clear these stem cells were contaminated all along.  Liveyon has recalled all their products that contain material from Genetech. But this doesn’t change the danger.

So yes, stem cells are amazing.  But be careful getting unapproved treatments, even though the FDA essentially sucks. It’s still the Wild West out there. Just ask those 12 people. We’ll have to see what happens in the next three years to really know. That’s when we find out what the FDA says is ok with stem cells. 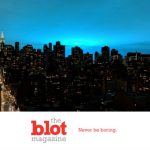