So this is a new one to me.  But it also seems to be a new one for the world.  A 20-year-old mom in Bangladesh gave birth to a premature son.  There’s nothing too unusual about that.  But 26 days later, she then also gave birth to twins!  So how did this happen?  How did no one know she still had two babies to deliver?  Well, it’s because of something more than a little unusual.  This woman, Arifa Sultana, has two wombs!  So that’s pretty much the only way anyone could have done this.  You have to be double wombed!  But as you can imagine, this shocked pretty much everyone, from Arifa and her family to all the medical staff involved.

Read More: Egyptian Wedding Goes Off the Rails With Groom Shot in Testicles

So this happened fairly recently.  But this kind of local news doesn’t always filter to English news too quickly.  Arifa gave birth to her preemie boy at the end of February.  This was in the Khulna district, which is the third-largest Bangladeshi city.  So she eventually went home with her new family.  But then, 26 days later, she started having some serious stomach pains.  So she rushed to another hospital with no idea what was happening to her.  I’m sure that was pretty scary!  So doctors did what doctors should do in this situation.  They looked for more information and performed an ultrasound.  But what they discovered was a shock to everyone.  She was double wombed with twins to deliver.

DOCTORS SHOCKED TO DISCOVER SHE WAS DOUBLE WOMBED AFTER ULTRASOUND, DELIVER FRATERNAL TWINS

The obgyn who ended up performing the emergency caesarean was Dr. Sheila Poddar.  She told media, “I have never observed something like this before.”  So how did the other hospital completely miss this?  Well, Arifa’s family is very poor.  So she had never had an ultrasound before.  So there was no way for anyone to know she was double wombed or had two more babies the needed birthing!  Fortunately, Arifa her preemie boy and fraternal boy and girl twins are all at home doing just fine. 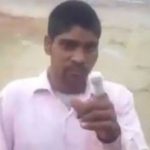 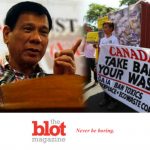