“I am the Jesus Christ of politics. I am a patient victim, I put up with everyone, I sacrifice myself for everyone.”

“Last night I had a queue outside the door of the bedroom … There were 11 … I only did eight because I could not do it anymore.”

“I am, and not only in my own opinion, the best Prime Minister who could be found today. I believe there is no one in history to whom I should feel inferior.”

“Women are lining up to marry me. Legend has it, I know how to do it.”

Ah, the subtle art of statecraft. So many nuances to navigate through. Now that I’ve refreshed your memory as to the some of the political antics of Signore Berlusconi, let’s turn our attention to his American counterpart, the somewhat esteemed yet often ridiculed (in the media) Donald Trump. While these two men aren’t exact copies of one another, they do have a few traits in common, including their off-the-cuff (that’s the nice way of saying it), very-quotable remarks. It would behoove any responsible electorate — especially pundits and voters who believe a Trump presidency could never happen — to take a glimpse at some of the similarities Berlusconi and Trump share.

First off, these men can say whatever falls into their heads — void of any filter — and pretty much get away with it. Even though quite a few people will rant about how offensive their remarks can be, the boisterous American and flamboyant Italian usually emerge from the media and political ruckus unscathed — and, oftentimes, ahead of the game.

Another interesting tidbit is the fact that these media darlings (or villains, depending on your perspective) can file for or flirt (or at least their companies can) with bankruptcy multiple times, yet still stay solvent. Trump — or more accurately, one of his corporations — has filed for Chapter 11 bankruptcy a whopping four times. In Berlusconi’s case, many believe he got into politics in the first place to save himself from bankruptcy, prosecution for various financial misdeeds like tax fraud, which eventually caught up with him, and more. Yet despite bankruptcies and investigations into how they do business, Trump is valued at around $4.1 billion, though he says a lot more, while Berlusconi and family can tout a net worth of around $7.3 billion. In the long run, bankruptcy or near-bankruptcy doesn’t seem to be bad for business at all.

And then we have their influence over the media. While Silvio Berlusconi owns and controls a media empire, most of which he didn’t give up control of while running for office or after being elected, Trump has ample funds to sway the media — or at the very least buy a ridiculous amount of advertising — should he gain the Republican nomination or run as an independent. In a post Citizens United America, where money and speech or given equal status, a billion dollars adds up to a lot of speaking time. Even if Trump is on the outs with the Republican establishment or Fox News, he doesn’t need to go looking for a billionaire to finance his campaign like other candidates do. All he has to do is look in the mirror and smile.

Setting similarities in lavish lifestyle and taste in women — whether wives, mistresses or other — aside, what’s important to glean from the political successes of Berlusconi when contemplating Trump is that The Donald probably isn’t as much of an outside chance as you might think. I know a good number of Italians who consider Silvio Berlusconi an embarrassment to their national identity and a political clown — but, as I’ve already pointed out, they let him run Italy three times.

So, to all of those who crack jokes and say The Donald can never happen, I say this: Yes, he can. (Not to be confused with “Yes We Can.”) 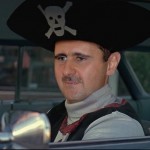 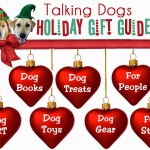