For years, officers with the Ferguson Police Department in suburban St. Louis have engaged in systemic and pervasive abuses against the community with which it swore to protect and serve, the U.S. Department of Justice (DOJ) announced Wednesday.

The statement was made in tandem with the release of a 105-page report detailing a lengthy investigation into the police department by the DOJ sparked by the shooting death of an unarmed teenager last year. The DOJ found that the officer responsible for shooting 18-year-old Michael Brown Jr. did not commit an offense punishable under federal law, putting to rest any possible criminal action being brought against Ferguson police officer Darren Wilson.

But the DOJ sided with hundreds of thousands of protesters — in Ferguson and around the world — who charged the overwhelmingly white police department with engaging in racial bias and prejudice against citizens of the community.

Speaking at a press briefing on Wednesday, outgoing U.S. Attorney General Eric Holder accused the City of Ferguson and its police department with creating a “toxic environment, defined by mistrust and resentment, stoked by years of bad feelings and spurred by illegal and misguided practice.”

Specifically, the DOJ found that Ferguson city officials and the police department created an atmosphere in which officers were encouraged to levy hefty charges and fines against citizens as a way of generating revenue for the municipality. In addition, the DOJ said Ferguson police officers routinely engaged in behavior that violated the First, Fourth and Fourteenth Amendments of the Constitution as well as federal regulation.

“Over time, it’s clear that this culture of enforcement actions being disconnected from the public safety needs of the community … has given rise to a disturbing and unconstitutional pattern of practice(s),” Holder said.

The report found that Ferguson officers often charged citizens with multiple offenses in cases where they were unwarranted. In other cases, officers were said to have profiled and detained citizens without establishing the necessary probable cause or without having any reasonable suspicion.

“Even though it’s illegal for police officers to detain a person, even briefly, without reasonable suspicion, it’s become common practice for officers in Ferguson to stop pedestrians and request identification for no reason at all,” Holder said.

The DOJ also found Ferguson officers routinely interfered with citizens’ rights to record law-enforcement activities. The issue was highlighted with the arrest of two dozen journalists and citizen broadcasters during so-called “Justice for Mike Brown” rallies following the teen’s shooting death on Aug. 9, though the DOJ reported the problem of officers arresting individuals for documenting police had been going on for years.

Holder said those statistics was “evidence of racial bias” by Ferguson police. That evidence included racially tinged e-mails sent between Ferguson city officials and police officers, among them a message from a city official who suggested black women would collect checks from “Crimestoppers” for having abortions, and another city official who wrote that President Barack Obama would not be re-elected to a second term because “what black man holds a  steady job for four years?” (Obama was re-elected in 2012; Ferguson Mayor James Knowles says one employee has been fired and two others placed on administrative leave over the e-mails).

The DOJ’s investigation offered some sense of vindication for protesters who, in some circumstances, had been vilified for accusing the police of prejudice and brutality. While Holder did not completely concede their points, the attorney general acknowledged that “the widespread conditions that these perceptions were based upon, and the climate that gave rise to them, were all too real.”

“Some of those protesters were right,” he added. 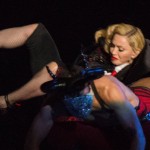 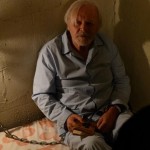