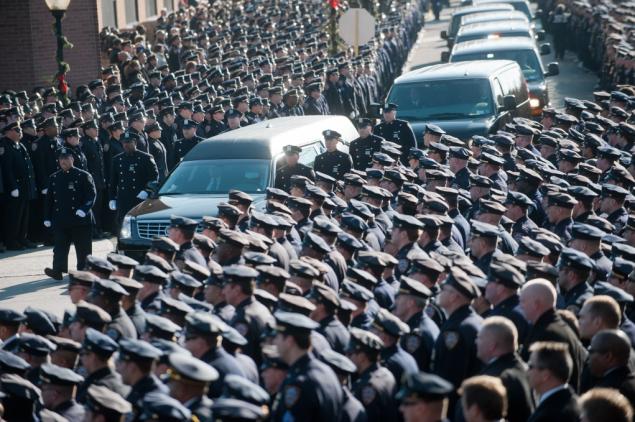 As Mister Senor Love Daddy (played by Samuel L. Jackson) said in a spot-on rant in Spike Lee’s 1989 cult-classic “Do The Right Thing,” people need to take a timeout.

Following the angry comments of Mookie, the main character played by Lee; Pino, the pizzeria owners’ son, two police officers and a Korean storeowner, Love Daddy said something we should all take to heart, no matter what: “Yo! Hold up! Time out! TIME OUT! Y’all take a chill! Ya need to cool that shit out! And that’s the double truth, Ruth!”

I personally am horrified by the tragic deaths of police officers Wenjian Liu and Rafael Ramos — who were murdered by a crazed gunman in Brooklyn Saturday — and worried about the future of this city and country as we seem unable to engage in reasonable debate or discussion without resorting to scraping the bottom.

Engaging in a divisive blame-game — second nature to the Patrolmen’s Benevolent Association President Patrick Lynch — does not honor the officer’s deaths, prevent more violence or bring the conversation to a productive place. Gov. Andrew Cuomo should condemn these comments immediately.

Instead, the blame game reinforces anger, and the sense of a divided city. This is a city of immigrants, and a country built on diverse contributions. Thousands visit New York City every year — we should show the rest of the world that we can come together during difficult times, not be ripped apart so easily.

This is a moment that could become a tipping point. Do we decide to engage intensely on these very complex issues, or hide in bunkers and draw battle lines?

If handled with compassion, and by bringing diverse communities together for a civil debate and discussion, this could be a watershed moment of cooperation, but that opportunity is being lost.

I hear people say and write that this is the best city in the world, so let’s start acting like it. New Yorkers, and Americans, can take this as a moment to come together, to engage in an uncomfortable, but imperative debate on the future of our civil society, the justice system and policing, but that is not happening. Americans pride themselves on openness and debate, but at this moment, our leaders are not helping to bring the tragic deaths of the officer’s or Eric Garner to a positive place.

We value freedom of expression and rational debate in this country; right now neither are in abundance. And it’s setting a terrible message to the rest of the world.

Angry posts on social media and Lynch’s comments that “blood on the hands starts on the steps of City Hall, in the office of the mayor” have brought back conditions like on Lee’s fictional hottest day of the summer back in 1989 when things were far worse. But it’s not 1989. The time for that kind of incisive commentary has long passed, if it was ever appropriate.

Has American society made any progress in 30 years? I would hope so, and argue that it has, but politicized rhetoric is a throwback. Do people even remember what that was like? When racial tensions were to a point that a five-second glance could start a beef that could erupt into violence? Does anyone want to go back there?

Only a deranged man who would commit such a horrific act should be blamed for actions he took as an individual. Going from criticizing the mayor for allowing protests to get out of control to supporting protestors’ rights in a free society to implicating him in the tragic murder is a huge, irresponsible leap.

It is a politicized, hateful act to suggest the mayor or anyone else in government, police administration or civil society is responsible for the reprehensible shooting, and similar comments are destructive to any possible, positive result of this mess.

And it’s not just Lynch who has engaged in this counterproductive, angry commentary, it’s all over social media.

Express your views but do it in a reasonable way, please, that doesn’t incite violence. It’s not a black or white, or police or anti-police thing; it’s about civility and debate, and the future of American society.

Let’s come together and have community leaders meet with top NYPD brass to develop a strategy for moving forward, and in the interim caution against violence and instigation through name-calling, race-baiting and the politicization of the two dead officers.

Anger begets more anger, violence more violence. In a free society, unarmed black men cannot be shot dead in the street for minor crimes, neither should police officers by targeted for sick revenge. Both are unconscionable.

Non-violence and restraint, that is what is needed at this moment. The aggression and anger will not help. Are we going to come together or be ripped apart?

People like to say this is the best city in the world; let’s start acting like we believe. 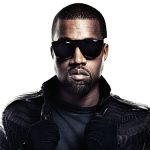 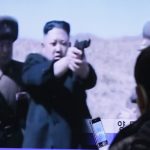