So we all keep hearing about DNA and how it is changing police investigations.  But this is a first!  DNA and our ability to analyze it has only improved, every day it seems.  So police cold cases are suddenly back in the fold.  But police are able to solve some of them at last!  And that is certainly true here.  Minnesota police managed to solve a cold murder case from 1993.  But how  did they do this?  Yet again, a genealogy site connected police to the suspect, 52-year-old Jerry Westrom.  When the site showed police a close match to their unsolved murder case, they tracked Westrom and finally got their evidence.  It was a discarded napkin Westrom used at a hockey game!

So once police learned that Westrom was their prime suspect after all these years, they made sure to take advantage.  They tailed him to a hockey game earlier this year.  They watched him enjoy a hotdog at the game as many people do.  But then they saw him wipe his mouth with a napkin.  But when Westrom threw it away, it became available evidence.  So in other words, they didn’t need a warrant.  After they had it tested for Westrom’s DNA, they knew they had their man. That’s because it was a match to DNA found at the scene of the crime.  After they arrested Westrom, they of course took another sample from him which was also a match.

The murder victim was a sex worker.  Her name was Jeanne Ann Childs.  Hennepin County Attorney Mike Freeman told media, “The process is similar to the one used in the Golden State Killer case.  When you discard a thing in the trash, the Supreme Court says it is fair game.”  Westrom used to live in Twin Cities at the same time as Childs’ murder.  Someone found her body in her apartment, in the shower with the water running.  Someone (Westrom, it seems) had stabbed ber dozens of times.  Westrom also has a record which includes solicitation in 2016.  Westrom has a wife and two children.  But he now faces 2nd degree murder charges. 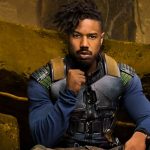 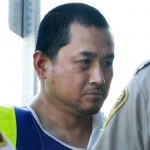