Diversity is finally appreciated by Hollywood

Diversity is good for Hollywood. The primetime TV landscape is looking pretty good these days, y’all — I’m looking at you and your 18th century-era ever so loosened tendrils, Ichabod Crane. And not just him and his kickass partner, Abbie; more and more shows are widening their color palettes, if you will, and giving diversity a well-deserved push within characters’ friendships, relationships and enemy-ships. So basically, all the ships.

As it were, diverse TV is successful TV, because that’s what the millennials want, and what baby wants, baby gets.  I’d like to take this time to appreciate some of those shows with interracial lovin’ — may that be platonic lovin’, the kind of love saved only for pristine beings like Aladdin and Jasmine, or even the don’t-you-see-you-two-belong-together lovin’ that I am so very fond of. Because I care, I will rate my personal faves on a scale of Girls*, aka the New York where POC do not exist (1), to Parks & Rec, where POC blend seamlessly with everyone outside of their superior ability to TREAT YOSELF (5).

I have to be honest, little doves, I’ve only seen the pilot episode of this one because I’ve taken a solemn oath to never watch anything that comes on CBS, “Price Is Right” be damned. Yes, even despite the fact that Lucy Liu is obviously feasting upon the blood of innocents — I mean, girlfriend looks good. Still, even a novice like myself can see that Liu’s Watson and Jonny Lee Miller’s Holmes have, from the get-go, a sort of begrudging compatibility.

I unreservedly love Mindy, but I think it’s fair to say that most of her suitors would never get stopped, nor frisked. But still, points for the fact that Mindy has chemistry with everyone, including those random basketball players from an early episode in season one. When she brags that black guys love her, I believe her, because I’ve seen it. I will also award points for the offices of Shulman and Associates, which are not only culturally diverse, but there is also an old lady in there too. So, age diverse or whatever?

At first it seemed like the loft was going to be as white as Westeros, with a token black guy thrown in for moral support, who was later replaced by a different token black guy. But then there was Cece, and then Coach came back. And then “New Girl” was, like, I don’t know, let’s have everyone make out with everyone, and let’s give Taye Diggs a guest spot where he mimes synchronized swimming in Jess’s bed as a way to woo her. Because “New Girl” is about breaking boundaries and/or Tumblr.

Nothing feels as good as watching two attractive actors with a great rapport run around like chickens with their heads cut off, in the opposite direction of an actual Headless Horseman. Extra points will be awarded because the entire cast of “Sleepy Hollow” is wonderfully diverse, and because they shit on every stereotype, AND Abbie’s side eye is impeccable. But also, the chemistry/rapport/everything between Ichabod and Abbie is very, very palpable. To the point where I’m kind of concerned they’ve been asked to tone it down in recent episodes so that the audience’s collective ovaries don’t implode. I’m going to go ahead and say it: THEY BELONG TOGETHER, but not until the sixth season, or the movie.

One cannot mention diversity in television without mentioning Shonda Rhimes. It’s an actual criminal offense. “Scandal,” although not suuuuuuper diverse, works really hard to elevate their black characters beyond stereotypes, which is awesome. And even though Fitz is literally the worst, and likes to spend his time pining away and making sad faces that actually are just “I have to poop” faces, I live and breathe for all moments when that sexy eyebrow-less bastard puts his face on Olivia’s face.

From its inception — that whole “by the way, Crosby, you have a secret mixed baby I’ve been keeping from you all this time” storyline in the pilot — “Parenthood” has touched on the “big issues” of interracial coupling, while the show overall continues to contribute to my emotional imbalances. Literally every episode makes me cry — as soon as the opening credits come on and Bob Dylan starts sing-scatting about being forever young. So much spontaneous weeping with this one.

Honorable Mention to “Community,” which has been in the game for a while, but doesn’t deserve a full grade because A. they tried to make the show without Dan Harmon, and B. they are losing their token black guy, Donald Glover, because he has dreams to chase and, like, mixtapes to put out or whatever.

*Let’s not pretend like Donald Glover’s five-second ghost stint on “Girls” counted for anything. It’s a lie, and you know it. 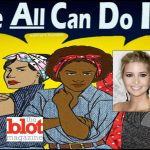 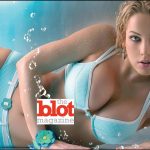