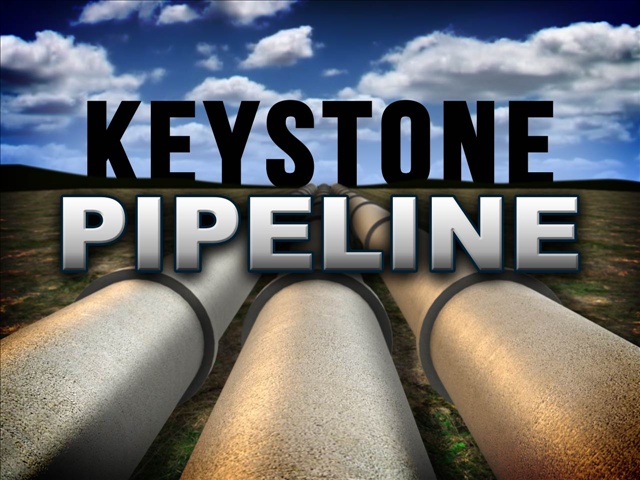 These days, there are few environmental issues that generate as much hostility and passion as the Keystone XL Pipeline.

The pipeline is a political hot potato in Washington. Those who favor building it to bring the oil down from Alberta’s oils sands (tar sands if you’re over 40) to the refineries on the Gulf Coast, talk endlessly about jobs and lower energy prices. Those who oppose it point to how few jobs it will create and how it endangers the aquifer that waters a great deal of the middle bit of the country.

Because the pipeline would cross the U.S.-Canadian border, the State Department has a say over whether it proceeds, and the department has played a brilliant game of dragging a decision out for, literally, years. This has driven the people at TransCanada, the would-be builders of the pipeline, absolutely crazy. However, there are limits to the patience of Canadians (although they are too nice to say that you are testing them).

The highly conservative government of Canadian Prime Minister Stephen Harper just blessed the Energy East project. Bloomberg reports that it’s an “improbable pipeline that its backers say has a high probability of being built. It will cost C$12 billion ($10.7 billion) and could be up and running by 2018. Its 4,600-kilometer (2,858-mile) path, taking advantage of a vast length of existing and underused natural gas pipeline, would wend through six provinces and four time zones. It would be Keystone on steroids, more than twice as long and carrying a third more crude.”

Rather than deliver the crude to Louisiana and Texas, Energy East would move the oil to St. Johns, New Brunswick. There, it would be put on the same kind of supertankers that the Gulf has, and it would be shipped all over the world. This has been coming for a long time.

A couple of years ago, I interviewed Ken Hughes, the former energy minister for the Province of Alberta. He made it very clear that the oil sands would not be stopped, and that if the U.S. didn’t build the XL pipeline, the oil would get to market some other way. One plan was to go west, toward Asian markets. This proposal takes the oil east. Some officials on background told me that they were prepared to go north since the Arctic Ocean is more or less navigable year round (thanks to global warming).

Prime Minister Harper and TransCanada might be bluffing, of course. By threatening to build Energy East, they may be hoping to force President Obama’s hand and get approval of the XL pipeline. “The best way to get Keystone XL built is to make it irrelevant,” said Frank McKenna, who served three terms as premier of New Brunswick and was ambassador to the U.S.

I don’t think so, though. I think the Harper government would be more than happy to give Obama the middle finger after all this time and to engage in a “nation building” project that links Alberta with the Maritimes and French-speaking Canada — provinces that don’t always see eye to eye.