WATCH YOUR BACK!  MY DENTIST IS A CREEP!

I went to the dentist the other day, which is a normal thing people do. I move around a lot though, so I’m constantly entering stark waiting rooms, filling out separate forms, getting new x-rays done. I’m used to the unfamiliar magazines, the sweet receptionists. I also inevitably meet a lot of different doctors, but this time I realized something: this dentist is a fucking creep.

Related: Don’t Be a Victim, Protect Yourself From Your Boss and Sexual Harassment

He was the only man in the office. All of the other personnel, dental hygienists, and receptionists were women. This was also a Spanish-speaking office, as most of the patients were also Spanish-speaking. The first clue I got that something was not right here happened in my second hour of waiting. The dentist came into the waiting room to gawk at the snow quickly falling outside. It was falling more heavily than before and was becoming a beautiful sight.

All of a sudden the dentist walks into this room of waiters (people waiting) and starts chortling in Spanish at the snow; it is so beautiful, so sweet, so delicate. He asks me if I understand what he’s saying, I’m the only obvious white person there, and I say yes, I understand but, I speak Italian.

Here’s How I Responded to Sexual Harassment

“Io capisco l’Italiano,” he replies, he speaks a little Italian. That’s nice I say, in Italian back to him. He tilts his greying head at me and returns to the back rooms.

When my turn finally arrives I walk back and meet a nice, but very reserved dental hygienist. She silently completes the x-ray process and moves me to the second room where the dentist enters. He’s smiling and speaking fast Spanish, I don’t understand a word this time, but she doesn’t seem amused. He then turns to me and says, “I’m teasing her in Spanish,” and then he quickly adds, “she teases me too.”

She does not make eye-contact with him or with me, and as I laugh uncomfortably I realize two things: 1. How many times I have laughed too hard at something like this to make it less awkward, to smooth out all the rough surfaces, to make him not feel bad for making his female colleague and subordinate feel bad. 2. I realize that this is an office where sexual harassment happens every day.

I am now hyper-aware of his every move. I am sure he’s a creep and we haven’t even gotten started with my dental work. He comes over to sit in his dentist’s chair, which, for the first time, feels too close to my own body, to my head and face. I know his round middle is going to find a way to press into me, and of course, it does.

He asks me where I lived in Italy sparking a series of reprimands from him, the all-knowing doctor, about how he knows more about Jewish history than me, or knows more languages than me, making me more and more aware that he is better, knows more, and is in a position of greater power and knowledge. He hopes this makes conversation with him more desirable, but it has the opposite effect.

He tells me to open my mouth…wider, and I can’t believe I’ve never hated this before because now I hate it so much I never want to go to the dentist again. He comments: “My god, your parents must have taken such good care of you as a child, your mouth is so clean. It’s a pleasure to see a mouth this clean.”

Who says that to a patient? I know who: a fucking creep does. He continues with the cleaning, but not in the usual way. He doesn’t clean each tooth or floss them. He doesn’t take the time to make sure I’m getting everything I can out of the cleaning you can only get for free once every six months. Nope. He just runs the brush over the tips of my teeth once, along the bottom, once, along the top, and then says “Okay! You’re done!”

Before I head back out into the clean flurries outside he says, “History and languages are my hobbies. I could talk to you about them for hours.”

I bet you could, sir, but I refuse to talk to you another minute. I guess I now have six months to find a new dentist. 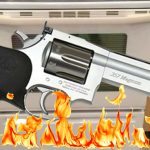