If you were watching the Grammys last night, you may have seen President Obama’s prerecorded message where he implored the artists there and their fans watching at home to do to their part in ending violence against women.

In case you missed it, here’s the full video:

Short and to the point. But while the president and Democrats are directing citizens to new public initiatives to end sexual violence, Republicans, on the other hand, still talk about rape (and they talk about it a lot) in the but-did-you-see-what-she-was-wearing-and-any-boy-can-make-a-mistake mindset.

I’m guessing we’re all thinking it, but what is it with Republicans and their near obsession with rape? Honestly, it seems we can’t go a week without some underling in the Grand Ole Party wading into to this issue.

It all started with, well, at least it got mainstream attention with Todd “Legitimate Rape” Akin prattling on about the “issue” of rape. Yup, indeed, since when is rape an issue? Remember his mind-blowing, Senate career-sinking comments where he said women have a way of “shutting that whole thing down?” If you don’t, here you go:

Last week, two head-scratching, are-you-shitting-me stories popped up in the press. The first, West Virginia State Delegate Brian Kurcaba (R-Naturally) said in a committee meeting that “obviously rape is awful.” OK. Yes. Thank you. But did he stop there? No, of course not. He went on to say that “what is beautiful is the child that could come from this.” Those comments were made in front of a reporter from the West Virginia Gazette and were made in support of a 20-week abortion ban that eventually passed the West Virginia House of Delegates. Yippee.

And then there was Utah State Rep. Brian Greene, (R-Again). During a statehouse session, he came out with this little gem:

“If an individual has sex with their wife while she is unconscious … a prosecutor could then charge that spouse with rape, theoretically.” He then went on to say, “that makes sense in a first date scenario, but to me, not where people have a history of years of sexual activity.”

Let’s all let out our collective sigh.

Not only is this just gross, but I’m pretty sure this is how Rosemary got pregnant in “Rosemary’s Baby.”

I simply don’t get this Republican obsession with rape. Frankly, it’s way, way past bizarre. “Rape is awful, of course. But if it it under these circumstances, or abortion isn’t involved, yada yada yada.” My God, the rightwing can split hairs. I would just ask these Republicans, what if you got raped? Would you still be throwing around terms like beautiful and splitting scenarios with outrageous conditions?

I’m guessing when it comes to the debate surrounding rape, that might have a way of shutting the whole thing down. 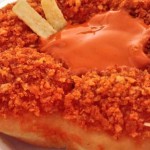 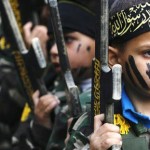