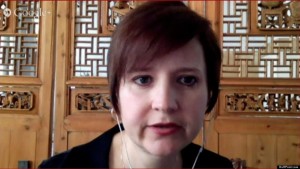 let me preface by saying I have spent an inordinate, perhaps unhealthy, amount of time fixated on this one topic. It has led to sleepless nights and gasps of befuddlement at the breakfast table in the morning.

Herein, lies my issue: I think you, or your staffers, have been writing and printing fake letters for the past few decades. I’m pretty sure that all of the advice columnists do it.

It’s true you died earlier this year and that you had a longstanding battle with Alzheimer’s prior to that time. Your daughter Jeanne Phillips dutiful took over the reigns of your column many years ago. The daughter of your sister Ann Landers also followed suit, taking over for her mother. I understand that I am more just writing to the idea of you, rather than you.

Truthfully, I like you, Abby. I really do. I like Ann. Hell, I even like Miss Manners too. (I find her both tangy and satisfying, like a delicious balsamic vinaigrette.) I look forward to seeing each one of you nestled right there next to my Sudoku and Word Jumble.

Margo Howard, the current Anne Landers, recently took to the airwaves to announce her retirement from the advice column game. Perhaps the daily rigors of providing questionable advice left her exhausted. Or, perhaps, she looked out over the landscape of the America that we’ve become and felt ill equipped to provide guidance in what is an increasingly complicated world.

I choose to believe the latter.

Honestly, I see this going only one of two ways: 1) The letters being sent to you are edited to such a degree the version that goes to press is unrecognizable from the content provided by the original sender. 2) You’re just making shit up.

In either case, I don’t blame you. Our educational system has been backsliding for years. These days, we communicate in misspelled text messages and 140 character tweets with poor grammatical structure. I understand that the quality of the letters that you’ve been receiving has likely diminished considerably since you first began dispensing advice.

My mother used to say, “You can’t make chicken salad out of chicken shit,” and let’s be honest, everyday you that wake up, you have to make the chicken salad, regardless of the quality of the ingredients.

I don’t know if you believe being located in a section of the paper across from Ziggy lends you certain poetic license or grants you a leniency in the exercise of your editorial standards, but I don’t think it should. In a world in which we are increasingly demanding transparency and authenticity from our media figures and leaders, you seem to be the glaring exception.

In some ways, I blame myself and the millions of others just like me. We probably should have written to you and waited the requisite two to three months for a reply, rather than just Googling the words “wedding gift” and “appropriate amount”.

The thing is; I hope I’m wrong, but I don’t think that I am. 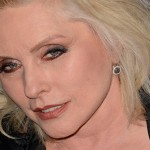 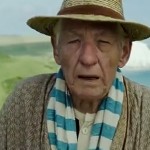