So is the idea of composting dead bodies a future thing or a past thing?  I remember this idea in a lot of old sci-fi stories.  But human remains are a resource just like anything else.  For the soil, at least.  And Washington state passed a bill last year that allows this to be a legal reality there.  That’s right, corpse composting.  It’s officially a thing.  And no, it’s not new.  Well, the human dead bodies is kind of new.  But farmers have been doing this with livestock bodies forever.  Personally, I’ve done this with vegetative compost for my garden.  But nothing so…. mammal.

So as of a few days ago on November 1st, the first ever dead body corpse composting company is accepting customers.  Their name is Recompose, which is relatively clever.  So how does this work?  They take the dead bodies and put them each in receptacles.  Along with the dead bodies, are wood chips and straw.  They’re there to speed up the rate that the human remains decompose into nutrient rich soil.  Really.  So why is Recompose doing this?  Well, because of climate change, among other things.  America is home to over 1 millions acre of cemeteries.  Um, wow.

Related: This is How You Do An Environmentally Friendly Funeral

But burials annually use 30 million boards of wood, as well as 800,000 gallons of embalming fluid.  That scale is not good for the environment, or for climate change.  Because composting one single human body saves .84-1.4 metric tons of carbon dioxide in comparison.  Again, wow.  Driving a car 2,500 miles creates about 1 metric ton.  That’s a lot.  So these human dead bodies will sit in their receptacles for about 30 days.  The Recompose is set to handle up to 10 bodies at a time.  So what else?  It costs $5,500, which is a LOT less than most funerals these days.

Now, where did I put my fertilizer for my winter garden, again? 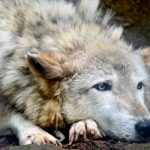 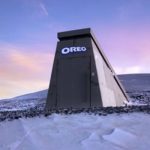