It has been 25 years since we left the quiet northwestern town of Twin Peaks, and things just haven’t been the same.

Truth be told, the “Twin Peaks” franchise itself could have been wrapped in plastic halfway through season two when ABC and co-creator/director David Lynch came to odds against the revealing of Laura Palmer’s killer, which was the basis of the entire story. Although Lynch did not want to reveal the rapist/murderer, ABC forced his hand, and the show just didn’t have the life it once did. Soon after, the ratings dropped, and after two seasons, the now-cult classic came to an end.

In later interviews, Lynch stated that revealing Laura’s killer as early as he did was the biggest professional regret he had. However, as clever as the show was, it left the door open for a return visit to the logging town when in one of the final scenes of the show, Laura Palmer, played by Sheryl Lee, said:

So, here we are 25 years later and wouldn’t you know it? An announcement that a new chapter in the “Twin Peaks” saga was picked up by Showtime with original creators David Lynch and Mark Frost. A resurrection so many fans have been waiting for since the White Lodge closed all those years ago.

Some time has passed since that announcement, and although it seemed as if progress was being made with first-draft scripts of the show flowing off the pen tips of Lynch and Frost, an evil not seen since the likes of Bob had compromised the future of the project. On his Twitter account, David Lynch announced, “Showtime did not pull the plug on Twin Peaks. After one year and four months of negotiations, I left because not enough money was offered to do the script the way I felt it needed to be done.”

The sound heard after the message wasn’t that of breaking coffee mugs filled to the brim of “damn fine coffee” that had slipped from the hands of stunned fans, but rather the sounds of their hearts breaking simultaneously. If, however, money is the actual issue, there are solutions for that, and it is not necessarily just the video that is circulating with previous cast members stating what a return to “Twin Peaks” would be like without David Lynch.

Although Showtime has not given up on the “Twin Peaks” project going forward with both Lynch and Frost, it would appear that the future of the show is as mysterious as the plotline of the original scripts. Despite the announcement being made by Lynch almost a week ago, Showtime has yet to acknowledge his departure from the project, which has to make one wonder what is going on behind that red curtain?

One would have to think that with the media attention the possible revived series is getting, Showtime would be working to find a way to get the funds Lynch is asking for, otherwise why wouldn’t the network just announce that the project is scrapped or continuing without Lynch? Maybe the owls are not what they seem, but if Showtime does not or cannot come up with the money and that is the only issue at this point, why not create a crowdfunding effort to get the project rolling? What fan wouldn’t want to invest in the development of one of the most influential TV shows of all time?

To prove that crowdfunding can work, you don’t have to look far for stars who turned to the platform to get their work shown. From Zach Braff and “Veronica Mars” creator Rob Thomas to James Franco and Don Cheadle, the funding method is a way of letting artists know that they are willing to not let money keep them from their idols. Imagine $10 gets you a copy of a script and $10,000 gets you a night at One Eyed Jacks with a dinner at the Double R Diner, not to mention the whole log pile of donation tiers in between.

What is surprising is how this has not been a proposed option to this point. I think it is fair to say that if “Twin Peaks” is to live on, it should do so through the vision of David Lynch as it was intended. No true fan wants to see the show go through anther ABC-esque situation, so if Showtime cannot come up with what is needed to make that happen, at least give us, the fans, an opportunity to do so.

We can start by signing the Change.org petition that’s gaining traction, as well as using the hashtag #SaveTwinPeaks that’s also making the rounds. Oh, and if there is anything yours truly can do to make the Great Northern Hotel a popular destination again, just ask because it is going to be hard after hearing “that gum you like is coming back in style” not to being able to get it anywhere. 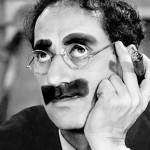 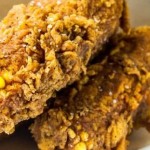