Just before the Thanksgiving holiday, the Federal Bureau of Investigation released its annual statistics on the number of police officers across the United States who lost their lives in the line of duty.

According to the data, 27 police officers were killed while on patrol in 2013, a 45-percent decrease from the prior year. All but one of the officers were shot dead with a firearm; most were white, two were black.

Flip it around, though, and the numbers become murkier: While the exact number of police officers killed in the line of duty has been collected by the FBI for years, the same isn’t said about the number of civilians fatally injured by law enforcement officials. Journalists attempting to research that data often hit a wall.

This year alone, we know that at least two men have been fatally injured at the hands of law enforcement. Thanks in large part to dogged news reports and civil disobedience, we know that 18-year-old Michael Brown Jr., an unarmed black man, was fatally shot by Darren Wilson, a white police officer, in Ferguson, Mo. We also know that New York police officer Justin Damico was responsible for the death of Eric Garner, who was suspected of selling untaxed cigarettes.

But neither of those two incidents will be in any federal report next year on the number of civilians killed by police officers — because the federal government doesn’t aggregate that data.

The Department of Justice used to release data on the number of “justifiable homicides” by police officers as part of an annual report, but that ended in 2009, according to a report by Wesley Lowery of The Washington Post, because the feds considered that data to be “unreliable.”

Part of the reason for a lack of data is that there is no mandate for law enforcement agencies to report fatal incidents involving civilians to the federal government — instead, it is left up to police departments to “self-report” these incidents to the feds. Some agencies do. Others don’t.

“One of the government’s major jobs is to protect us,” Reno News & Review editor and publisher D. Brian Burghart told Lowery. “How can it protect us if it doesn’t know what the best practices are? If it doesn’t know if one local department is killing people at a higher rate than others? … That to me is an abdication of responsibilities.”

Without hard data, the FBI can’t offer guidance to law enforcement agencies about best practices when encountering civilians. Such guidance might have prevented the shooting death of James Boyd, a mentally disturbed homeless man who was killed by police earlier this year in Albuquerque, N.M. The DOJ later determined that in that case, and dozens of others, city police officers had overstepped their authority when dealing with members of the community. Had the federal government had concrete data on how often Albuquerque police shot individuals, they might have been able to offer that guidance sooner — and Boyd might still be alive.

Instead, the FBI used the data it does collect to send an ominous warning to law enforcement: Some citizens are out to get you. Late last month, the agency asserted that “a growing domestic threat to law enforcement” existed based on the data it had gathered as well as information gleamed from fringe groups that felt police had overstepped its authority and were engaged in illegal law enforcement tactics. 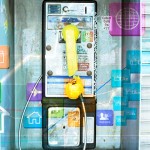 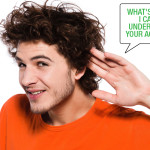