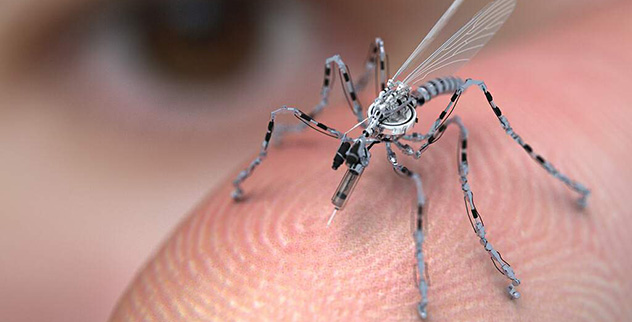 Darpa spy gadgets are the best

When I was a child, I dreamed of getting my hands on some of James Bond’s spy toys. Who am I kidding? I still dream of owning an arsenal of super sleek, high-tech espionage gadgets. It’s not that I have a lot of enemies out there (I hope), but like the Boy Scout motto goes, one should always “be prepared.”

In America, DARPA, not Q Branch, is responsible for building many of the “toys” the military and spy agencies employ. To that end, DARPA (Defense Advanced Research Projects Agency) has awarded IBM with a contract to create self-destructing processors and spy devices — just like you might find in a “Mission: Impossible” movie. This new tech, designed to keep American spy gadgets out of hostile hands, is being developed under DARPA’s Vanishing Programmable Resources (VAPR) program.

While I’d really hoped for technology that explodes in a spectacular fashion, and scares the bejesus out of unsuspecting enemy agents and combatants, it seems IBM and DARPA are taking a rather ho-hum, although far more practical, approach to this project. DARPA’s stated goal is to create “transient electronics” and electronic systems that are “capable of physically disappearing in a controlled, triggerable manner.”

The engineers at IBM are planning on using a trigger to shatter “strained-glass substrates” on electronic chips, turning them into powder via an external radio frequency. What this means in layman’s terms is no big explosion. Damn it.

These self-destructing devices, which are also being developed by other contractors like SRI International (decomposing devices), are perfect for equipment deployed in remote locations, or tech that needs to be implanted or swallowed by human beings. If “bad guys” nab high-end monitoring systems (or human monitors) in the field, important bits, like sensitive data and cutting-edge technology, will no longer be a problem, as it can be dissolved or shattered. Of course, an agent captured while on a job will still be in a caldron of hot water — although I hope not literally.

If self-destructing chips don’t meet your military spy fantasy requirements, fear not. DARPA has plenty of other sexy tech in the works. Some of it has a ton of heart, like the Reliable Neural-Interface Technology program, which will help wounded warriors control their advanced prosthetic limbs. Another program, with the ominous-sounding name Hydra, aims to deliver modular military payloads around the word, above and below the ocean, without the need for manned vessels.

Still not futuristic enough for you? How about Boston Dynamics’ “BigDog” quadruped pack mule robot, or the “WildCat” cheetah robot, able to chase you down anywhere — no matter the terrain — at speeds in the 50 mph range. And lest I forget, the industrial wizards at Boston Dynamics have also created a massive Terminator-esque robot named the “Atlas.”

How did we get from spy gear to Skynet and Matrix-like scenarios so quickly? Well, you should always be careful what you wish for. While you might be after a pair of cool x-ray goggles or an exploding pen to show off to your friends, the government wants self-destructing tech, disposable mini-computers (the F-BOMB) and a fleet of badass robot cheetahs to thwart and, if necessary, hunt down its enemies. Now, do you still want to be a spy?