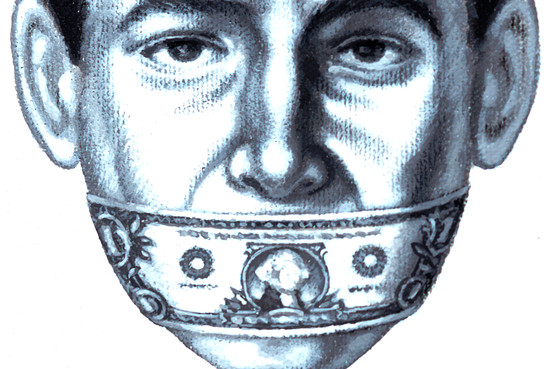 Whenever the Supreme Court hands down a decision these days, I keep thinking the same thing — the law is too important to leave law school graduates in charge of it. Their latest bad move was the 5-4 McCutcheon v. FEC decision, which essentially eliminated all but a few of the laws on campaign finance that America had left. Plutocracy is not when Mickey Mouse’s dog rules — it’s the American system of government as of this morning. The cheers from the Feudal Party (formerly the Republican Party) merely expose their hypocrisy when it comes to legislating from the bench.

After McCutcheon, the figure is $1,222,000 plus. You can give $2,600 to all the 435 candidates of a given party who are running for the House and to the 33 senatorial candidates. Then, you can give more to PACs and political parties. You have to be a billionaire to afford this.

This all stems from a really bad decision in Buckley v. Valeo in which the court decided that spending money was the same thing as political speech. This is, of course, prima facie, untrue. Otherwise, the rich would have a greater right to free speech than the poor.

The dissent of Justice White in that case is illuminating: “Congress was plainly of the view that these expenditures also have corruptive potential; but the Court strikes down the provision, strangely enough claiming more insight as to what may improperly influence candidates than is possessed by the majority of Congress that passed this bill and the President who signed it. Those supporting the bill undeniably included many seasoned professionals who have been deeply involved in elective processes and who have viewed them at close range over many years.”

Money has the potential to corrupt the democratic process because money is a form of power. You use it to influence others to do what you want, whether that means giving you a pack of gum or giving you ad time on TV. That is incompatible with the idea that each citizen is equal before the law. Perhaps, Chief Justice Roberts merely believes the rich are more equal, like the pigs in Orwell’s “Animal Farm.”

My academic background is heavy on history, and I have learned a few things from comparative history and political systems. First among these is that rich republics don’t last long. The Roman Republic was good for about four centuries, the Athenian Republic may have endured a little longer. The Venetian Republic wasn’t really a republic at all, and the Dutch Republic lasted just over 200 years, but included the Orangist rule of the Stadtholders, that is monarchists. The Republic of the USA is 238, which makes me feel a bit queasy.

Moreover, it appears that every republic dies in much the same way. As the wealth increases, the disparities between rich and poor grow. Eventually, the social stresses this creates force a change in government to reflect the concentration of power. The Roman Republic even had what is called “The Social War” in the first century B.C. It was sparked by the assassination of Marcus Livius Drusus, who had proposed greater division of state lands, the enlargement of the Senate, and Roman citizenship for every freeman in Italy. Within 50 years, Julius Caesar was running the show.

What the Supreme Court has done here is limit the possible choices to a much narrower range than before. While there will still be free elections and voting will still matter, your choice of candidates will be reduced to those who don’t threaten the billionaires. We have seen that spending millions on a candidate doesn’t always work — Sheldon Adelson certainly wasted his millions on Newt Gingrich in 2012. However, spending millions to destroy a candidate has an exceptional success rate.

Additionally, this decision is going to have a disproportionate impact on state and local races. President Obama has set the bar for the presidency at $1 billion for a major party nominee. A $2,600 donation to a single candidate won’t matter much there. But in a city or county council race, where property taxes and fracking and school vouchers get decided, $2,600 can be the difference between winning and losing. That’s why I have always said local politics is always more corrupt than national politics; the bribes can be smaller.

All that said, I am still not quite ready to give up on the American experiment. There are a couple of things that can be done. The first is greater evolution of digital communication. The last 20 years have seen a radical change in the cost of doing things to support a candidate. Buying ad time on broadcast TV is less important now that you can put one up on YouTube and watch it go viral. Money may become less, not more, important, because of technological change.

Another reason to be cheerful: there are billionaires, and then there are billionaires. Some of the rich are class traitors, that is they donate to progressive causes — especially the self-made ones. Elon Musk of Tesla Motors and the Koch brothers (who inherited their billions) have very different views of gasoline-powered cars; the money of one may cancel out that of the other.

Then, there is the fact that money isn’t always well spent. A candidate who only buys radio and TV time will lose to the candidate who focuses on local offices, door-to-door canvassing and phone banks. Political scientists who have crunched the numbers here agree that the ground game — having volunteers meet voters individually — is the most effective way to bank votes.

Finally, it’s still illegal to buy votes (directly at least). The plutocrats, oligarchs, and feudalists can’t win if enough people vote against their candidates. When people are prepared to stand in line for hours to vote, primetime ad buys lose their impact. And that’s why the Feudal Party wants to make it harder to vote.

If you want to protect your Republic, you need to get the lawyers off the Supreme Court and start appointing historians. The latter know that the past is riddled with mistakes as well as precedents. 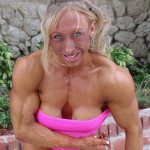 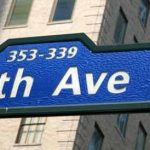