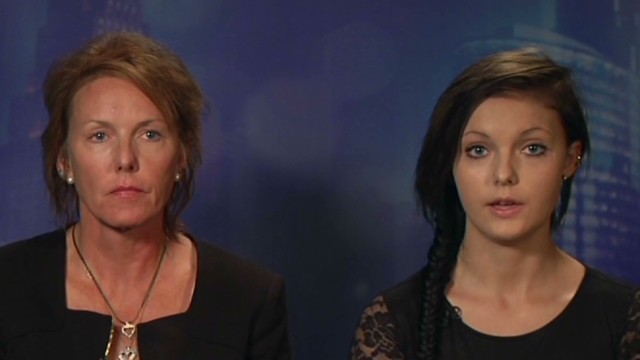 With the latest revelations that yet another American female teenager, Daisy Coleman, has gone on to be raped and her plight not vindicated, questions are being raised as to what attitudes are facilitating such vile behavior towards women. Even worse might be why the townships that such young men come from and their legal systems so often fail to hold their behavior accountable.

A prevailing theory as to why young men like Matthew Barnett, the purported rapist of Daisy Coleman, was able to get away with his crimes is the idea that the victim always asks for it. Or to put it another way, young females are merely sluts who put on a facade, and in the end are often the instigators of their own sexual escapades.

Slate: “And on social media, there is a vomiting up of victim blaming that has its own sick power. When police or prosecutors don’t back up the girls in some way, it is taken as proof in the community that they were sluts who deserved everything they got. The girls become pariahs. They wear the scarlet letters of our time.”

Yet, before we all go on to repudiate such claims, perhaps we ought to ask ourselves how it is that in our culture, society allows for such sexist negative attitudes of women to exist in the first place?

A casual look at any magazine, billboard or Hollywood movie role will often see the female being portrayed as the prize nubile, half-naked acquisition, forever ready to give her skin if one is able to please her. What matters isn’t her feelings or thoughts or necessarily her aspirations, but whether she is able to look a certain way, able to perform certain tasks, able to fulfill sexual functions that she is secretly desiring, so the mythology goes …

Yet what also happens so often is the flight of defense. When a perpetrator is said to have violated a woman’s being, instead of finding herself defended, she will often find the attacker being protected by their small town that refuses to believe their football heroes are capable of such misdeeds, and thus heinous smear campaigns and harassment ensue.

Went on to tell Daisy Coleman in the Kansas City Star of the torment her and her family went on to endure after going forward to press charges against the much admired American jock, Matthew Barnett:

Kansas City Star: “The backlash on social media was vitriolic. Classmates said that Daisy had been ‘asking for it’ at the party.

A girl showed up to one of the teen girl’s dance recitals with a shirt alluding to the alleged rape. When the charges against her alleged rapist were dismissed, one local student wrote to the teen on Twitter, saying, ‘F*** yea. That’s what you get for bein a skank : )’

One of Daisy’s brothers was booed at his final wrestling match of the year. Melinda Coleman went on to tell how a friend warned her that students were planning to beat up her sons in the parking lot of the high school over the incident.”

And then there’s the idea that one’s sons are infallible, which makes me wonder just how ingrained that notion is in some people.

“The parent of one of the teens at the Barnett house that night was the only one to comment briefly to The Star: ‘Our boys deserve an apology, and they haven’t gotten it yet.'”

The American Spectator: “When irresponsible boys harness glory, they become drunk with a power that they cannot restrain. Perhaps that is why these athletes felt so empowered to ply minors with liquor to have sex with them. Because even if they do get caught, Mom and Dad will call the prosecutor to ensure all charges are dropped. Daisy Coleman, who has since tried to kill herself twice, gets left in the dust.

No discipline, no punishment; just injustice.”

These are the ingredients one needs in creating a diabolical testerone machine bent on asserting his masculinity even if it means usurping and negating the female he wishes to conquer.

There was this reflection after wide debate ensued after the Steubenville rapes went on to gain public traction:

“The question isn’t really about men vs women but perhaps how women have also on some level also played into certain stereotypes that in some way affords them the license to play the damsel in distress looking for her shining white armor. That plus her constant self criticism for not looking a certain way (women are more harsher towards each other about each other’s appearances than men are) or behaving a certain way or adopting certain social or career paths. Which is to say perhaps if women were more assertive about their own identity and did not measure their self worth in relation to men (‘he’s my husband, ‘he’s my boss, etc) she might be able to command a more assertive repose that would make it less tolerable for her to be manipulated, violated and of course raped.

Then again as much as women are responsible for the image and attitudes they present of themselves we should not pretend society hasn’t also helped feed certain notions that can foster antagonistic attitudes towards women, including the constant reminder that in the end a woman is really just a slut waiting to get it on…”

Whilst Maryville, Mo. prosecutor Robert Rice in the end went on to inexplicably drop the case against Daisy Coleman’s aggressors, to the surprise and dismay of Coleman and her family, one young man who went on to revel in yet another win was the accused himself, Matthew Barnett.

Based on his Twitter account, before it was locked to non-friends, Barnett went on to attest his “evolved” view on women — and their desire for his sexual attentions:

And there was this reflection I once made in relation to another equally damning case involving the suicide of Rehtaeh Parsons, who had a video of her having drunk sex widely circulate on the web:

“Ultimately one is inclined to wonder why nothing was done after the girl experienced such a traumatic assault neither by school authorities or local police? In many ways the lack of action and the complicit bullying that followed suggests an apathetic attitude towards young girls who increasingly are viewed as sexual commodities to be had with. Whilst on the other hand perpetrators are vindicated as only doing what boys ought to be doing in the first place.

Then again given the current stigma and pressures of redundant ‘skimpy’ young women been air played over and over in our culture should we as a society really be surprised that a woman can end being perceived as a ‘slut’ or a ‘whore’ for no more than the fact of her sexuality or simply existing? Then again that may all depend on how we define or qualify young women today…”

In the end perhaps it comes down to our agitation and conflict as to what makes for correct gender role models and what standards of behavior one ought to live up to that precedes the culture of rape.

A female must never show she is a slut even though that is what other females and males intuitively are told to regard her as, while males are discouraged from being empathetic and encouraged to be machine warriors who must conquer and satiate his own needs and desires even if it means the debasement of his date. Because at the end of the day, our towns, magazine covers, billboards and Uncle Jerry are all willing to forgive the hero jock, who is just there to conquer the world for a better and happier day …

Aren’t you glad you’re getting the D you deserve? 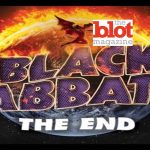 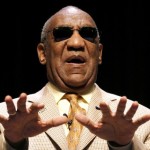