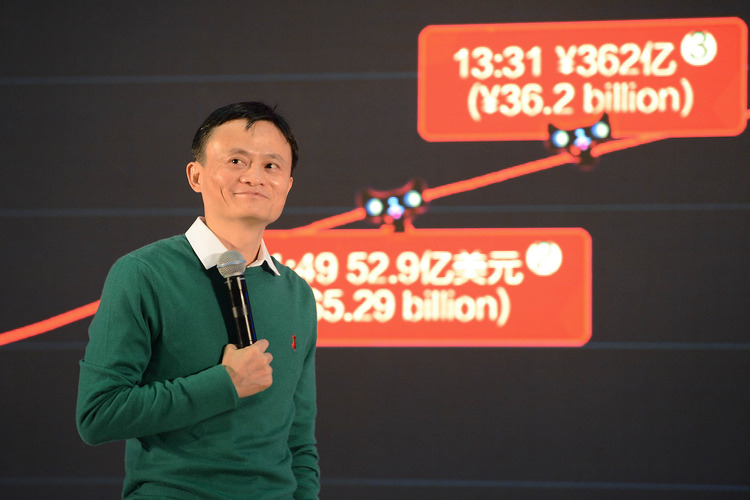 Thanksgiving has come and gone. It’s time to browse the web and get ready for the big online sales, especially on Cyber Monday. But please don’t bother your online retailers with many requests, because they are working so hard that they’re dying.

11/11 is Singles Day in China for young Chinese to celebrate their bachelor life. Since 2009, Alibaba, China’s biggest online shopping company, defined Singles Day as an online shopping festival. It garners huge success in cyber shopping not only for bachelors, but for everyone. From 2009 through 2012, online shopping in China grew at a pace of 71 percent. In 2012, Chinese online shoppers spent $213 billion while the U.S. was just slightly higher with a total of $225 billion. And on this year’s Singles Day, Alibaba processed more than $5.75 billion, which is two and a half times the total profits on American Cyber Monday last year. In 2015, sales broke another record and reached $15 billion in a day.

When Chinese online shoppers are rushing toward e-commerce, it is also the busiest time of the year for online retailers. Most of them work part-time. They have full-time jobs, but when they come home, they work until midnight answering questions from shoppers, organizing products and scheduling delivery of orders. When China’s Singles Day, the country’s biggest e-commerce day, comes around, it means no time to sleep for online retailers,

On Nov. 6, five days before Singles Day, Cai, a 28-year-old online retailer in Wenzhou, died from overworking. According to Zhejiang News, Cai works in an IT company, but he spent almost all of his spare time on his online store selling kids’ shoes. He works until morning every day. The night he died, he had passed out for two minutes, then he woke up and told his friends he would take a break. However, in the morning, his friends found him dead in his own bed.

Cai is not the only one who died of overworking in online business. In 2012, at least five people died from the effects of sleepless nights in online sales. One of them was a newlywed bride and another was a mother of a 1-year-old child. The oldest one was only 36. Most of them are in their mid-20s.

Singles Day is the craziest time for retailers, and it’s also the busiest time for deliverymen. On Oct. 30, 37-year-old deliveryman Mr. Qiu died while out on a delivery. His family said he worked more than 14 hours every day and hadn’t been in good health for a while.

A few days before Singles Day, a deliveryman in his 20s from the Jingdoing online shopping company died because of overworking. Usually deliverymen send around 150 packages and work more than 12 hours. They hardly take time off because that would mean having to send more packages the next day in order to complete their task. Some delivery companies even ban deliverymen from taking a day off around Singles Day because there are so many packages in storage.

While Chinese online shoppers are flowing into e-commerce and retailers and deliverymen work hard to meet their needs, China will proudly say that thanks to all these contributors, it will become the world’s No. 1 e-commerce market in 2013. And by 2015, Chinese e-commerce has reached $541 billion. Although online retailers are burned out from the demand, some of them are planning for another e-commerce day: Double 12 on Dec. 12.