So this is weird all around.  I frankly don’t know what to make of it.  But then, I’m not, nor have ever been, a member of a cult.  Well, if you skip over that period of time when I believed in Santa Claus.  But this is about a real cult with the name, Love Has Won.  Frankly, that would make a great name for a bakery.  You know, made with love?  Anyway, the Love Has Won cult had a leader, of course.  Her name, or her regular name, was Amy Carlson.  Was, as in, she’s now dead.  Her cult follower’s called her Mother God.  No, really.  And now, several of her followers face charges for mummifying her dead body.  Again, really.

WHO THINKS OF MUMMIFYING A BODY THESE DAYS, ANYWAY? CULT MEMBERS

So no, I’m not pontificating from a male dominating deity perspective.  I leave that to the professionals, like all the major world religions.  So what happened is, a pretty upset man went to local police for help in a rural area of Southern Colorado last week.  Why?  He came home and found a dead body in his home, that’s why!  When police responded at the scene, they found a truly bizarre spectacle.  In a type of shrine, they found a decomposing mummy, with sleeping bags as wrapping and Christmas lights s decoration.  Oh, and let’s not forget the glitter makeup around the body’s empty eye sockets, oh no.  But decomposing?  And a mummy?  Well, it seems that mummifying skills are hard to come by these days.  Some people don’t know how to use the google.

Related: Woman Hides Gun in Vagina in Jail For An Entire Week

But another weird thing about this is, this man who went to the police was a member of the Love Has Won Cult!  I don’t know about you.  But when I decide to put my mummifying skills to the test to create a holy relic out of my cult leader’s dead body, I give my fellow cult member a heads up I’m putting it in his house.  And no, it’s not like the man didn’t recognize his now dead leader rotting in his home.  Now, seven amateur mummifying adult members of Love Has Won face charges of abuse of a corpse.  But we should also note they also face charges of abusing two children, ages 13 and 2.  Hopefully, if all 7 get some jail time, we can really learn about how love has won.

After that, it’s a wrap. 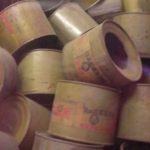 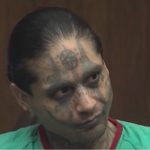