Bermuda is supposed to be an amazing place to visit.  But now I have yet another reason to want to go!  Did you know that the inspiration for Fraggle Rock was caves in Bermuda?  It sounds and looks simply fantastic.  But I’ve done some caving. So I have some idea.  And that picture speaks a thousand hell yeses.  So I’ve done some spelunking in the Northeast.  I’ve been to some pretty nice caverns up there as well.  But I’ve also seen Luray Caverns in Virginia as well as the Sonora Caverns in Texas.  They are otherworldly and unforgettable.  And that seems to have been true for Fraggle Rock’s creator, Michael K Frith, and Bermuda’s Crystal Caves.

Frith was in Bermuda as a child and went back to its pictured Crystal Caves over and over again.  But I just wish I was so lucky as a kid! So they were unforgettable for him as well and their haunting foreign beauty eventually inspired Frith to create Fraggle Rock with the greatly missed Jim Henson.  But here’s the other shocker for me now.  Fraggle Rock first debuted back in 1983!  Where the hell has the time gone?  But it was also the Crystal Caves’ story that inspired Frith as well.

So the caves were formed about 1.6 million years ago when rainwater eroded the area’s limestone.  But they remained hidden to all mankind until 1907.  That’s when two local boys, Carl Gibbons and Edgar Hollis discovered them by accident.  They were playing cricket and their ball ended up near a crevice that had warm gusts of air blowing out.  So boys, being boys, started to dig with their hands.  They opened up a hole into darkness and dropped a stone in to see how long it took to hear it land.  It didn’t seem to be far.  So Gibbons ran home and got a crowbar and a kerosene lamp.  Before too long, they found themselves in a subterranean space no human being had ever been in before.

And that idea of amazing childhood discovery eventually resulted in the amazing Fraggle Rock.  So let’s all go to Bermuda like, soon, right? 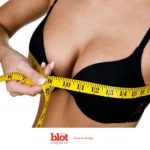 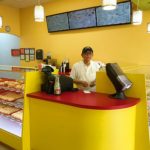