Crowdfunding is hot. Yes, it’s so hot that it is full of fraud. When it comes to getting new work out there, it has traditionally been a painful process. Have a book? Gotta get an agent, and then you have to find a publisher willing to take you on. Have an invention you want to mass-market? Good luck finding a company willing to work with you and not just steam-roll over your idea.

The world has always been a place for corporations. Entrepreneurs and small-time companies barely make a profit and always have a small audience.

The Internet, of course, has changed all that. You can now crowdfund everything. It started with Kickstarter, which was mostly a way for artists to get funding for projects no sane company would ever touch. They were too risky. But lately, even start-up tech companies have begun to use the crowdsourcing model, either by crowdsourcing their investors or crowdfunding the R&D.

I had the opportunity to attend a panel on crowdfunding comics back during the New York Comic-Con, and despite the rather narrow focus of the panel, it brought up a few interesting points about how to use crowdfunding to your every advantage. The takeaway points from the panel are these: be clear on the purpose of your campaign and don’t go it alone — build a strong team, spam social media, and make sure you have someone who understands business on your side, since that’s exactly what it is. While these may seem like no-brainers, a quick google search will bring up lists of Kickstarter projects that failed, that didn’t do what they promised, that never got off the ground because no one on the team understood that it is a business venture. If you want to read a more in-depth transcript, feel free to find it here.

But the real problem with crowdfunding is getting people to buy your stuff. Taking that prototype you made and getting it on the shelves.

Well, there’s a company out there that wants to help you do just that. And it’s called TinyLightbulbs. It is, in essence, the post-crowdfunding store. Essentially, what it does is take your crowdfunded project and sell it for you. Sort of like the Amazon.com for crazy inventions.

The two founders of the site, Matthew and Mark McLachlan, got started when Matthew had a successful Kickstarter project back in 2011. Despite the excitement of finishing the campaign, it quickly became apparent that manufacturing and marketing the project would be harder than the campaign itself. From there, it was pretty obvious that a website needed to be created to let successful campaigns sell their products easily. As Mark explained (in an exclusive interview with TheBlot), “We quickly found that the response was overwhelmingly positive. The project creators we established relationships with were happy to have their products showcased … and many of the thousands of customers who ordered from the site expressed that the store solved the problem that they had of finding those products to purchase all in one place.”

The point of it all? It’s pretty simple. “Our goal is to curate the world’s finest crowdfunded products on one platform, allowing easy discovery of the latest creative products made by individuals. On the other side of this story, we want the creators of these products to always have an outlet through us that showcases their work, along with a support system in our team that helps them out in the pre- and post-crowdfunding stages. Ultimately, we’d love it if every person who finds themselves looking to buy a crowdfunded product would immediately think ‘Hey, I should check out TinyLightbulbs.'”

The site is going through a relaunch right now, but it will be back up by Nov. 1, so mark your calendars or get in before everyone else by signing up as a member and getting a $5.00 credit. But even if you wait until after the relaunch to sign up as a member, you still get the promo codes for exclusive sales, a curated selection of their own favorite products, among other perks.

Also of note is that a portion of every sale done through TinyLightbulbs is used as pledges for more crowdfunded projects. 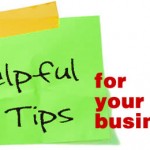 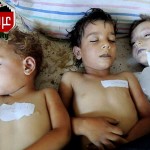