The foreign ministers of numerous European countries sat down in Paris yesterday to discuss the Ukraine-Russia situation. U.S. Secretary of State John Kerry called the talks “constructive.” Everyone has agreed to keep in touch and to meet again. However, the Crimean local assembly blew the entire thing out of the water by voting unanimously to join Russia and setting a date for a referendum on that for March 16. Diplomacy will have to take a back seat to events for a while yet.

There are only four possible outcomes and three logical possibilities. We can eliminate both passing as staying in Ukraine and joining Russia are mutually exclusive (unless Ukraine and Russia merge). Two other options are the first succeeding and the second failing or the exact opposite. In the first instance, Crimea leaves to join Russia; in the second, it stays in Ukraine. However, a third possibility is that both get shot down, which would indicate some kind of desire for independence.

Arranging a referendum in just 10 days with troops on the streets is not an easy thing. And I would have thought that 10 days was inadequate time to wisely weigh the pros and cons of the questions and decide on a course of action. Scotland is having a referendum on independence, and it’s been in the works for years.

Of course, Moscow and the pro-Russia Crimeans simply want to rubber-stamp this secession as quickly as possible and have little interest in a meaningful discussion about the future. This referendum will be used to ratify the Russian invasion (note to Russian Defense Ministry: nice idea using troops without insignia or identifying marks, but next time, don’t have them drive around in trucks with Russian military license plates if you want to be anonymous).

In Paris, Russian Foreign Minister Sergei Lavrov made it clear that Russia views the Feb. 21 deal between ousted president Yanukovych and the opposition (now the government in Kiev) as the basis for any settlement. And that could have been made to work. It called for presidential elections in May, and that could have served as a way out of the current mess.

Crimea joining Russia changes that equation completely. Russia has no interest now in holding elections in Ukraine that will merely ratify the toppling of Yanukovych. Now, it can absorb Crimea and use that as a precedent for taking other eastern districts of Ukraine if the situation warrants or permits it. Naturally, Kiev doesn’t want that and has declared the referendum illegal.

But here’s the problem for Kiev: how do you deny Crimea the right to join Russia if a majority of the people there vote to do so (even in an unfair and illegal plebiscite)?

Russia put its troops in Crimea, and most of the people in Crimea are pro-Russia. The troops and the referendum give Moscow leverage that it didn’t have before. After March 16, Kiev will be demanding that the world ignore a democratic decision by the people in Crimea — at least that will be Putin’s line.

There are measures that interested parties can take: visa restriction, freezing assets, etc. My personal favorite would be for Poland and Lithuania to close their borders with the Russian enclave of Kaliningrad — it’s not connected to the rest of Russia. The 25,000 Russian troops there can share the fate of the Ukrainian forces in Crimea. Turkey can, in the interests of peace, deny passage through the Bosphorus to any Russian flag ship and any vessels going to or from a Russian port on the Black Sea. Keeping Russia’s naval base in Syria supplied becomes very difficult.

The best possible move the West can make is to accept the Feb. 21 agreement as a basis for discussion on the condition that the March 16 referendum gets postponed until after the presidential elections in May. If I were John Kerry, I’d be circulating that idea among my fellows as quickly as possible, before some other event makes that solution obsolete. 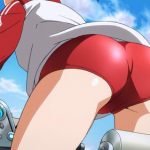 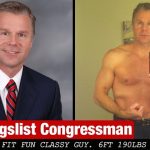