I guess we can call him the Oppenheimer of the coffee world.  But his real name is John Sylvan.  He is the fellow who invented the K-Cup coffee pod.  Can you believe that the K-Cup has been around 20 years already?  It feels like yesterday.  But maybe I forgot to have a second cup that morning, you know?  Yet like most hindsight, this creator is puzzled at just how popular the K-Cup is.  Given just how wasteful the K-Cup’s dynamic is and its devastating impact on the environment, he wishes he never invented it today.

Read More: My Sex Life is Ruined Because of My Phone Addiction

CREATOR SAYS K-CUP WAS AIMED AT OFFICE WORKERS, NEVER THOUGHT TO BE WANTED IN HOMES

Sylvan worked at Keurig in the 90s and that’s when he came up with this crazy idea.  Namely, make a small coffee from a plastic pod.  So the idea was for people to use this in an office environment.  Sylvan thought this might be something that Starbucks, Dunkin Donuts customers might go for.  They could have a cup of coffee at work that was easier, faster and cheaper.  He had thought the environmental impact would be minimal, especially if it reduced the waste of all those coffee cups. “That would make it environmentally neutral, because you wouldn’t have those Starbucks cups [everywhere].  The first market was the office coffee service market.”

But Sylvan is “absolutely mystified” how these are so popular in people’s homes.  And popular is an understatement.  Keurig sells billions of these cups every year.  Their annual revenues are just under $5 billion.  But the numbers in Canada are even crazier.  40% of Canadian households have one.  But these pods are bad for then environment.  Just one year’s worth of pods could circle the globe more than 10 times.  That’s why Sylvan makes coffee at home with a carafe.

When he left the company in 1997, he sold his rights to the k-Cup for $50,000.  Ah, well. Even the creator of Frankenstein didn’t miss out on as many residuals. 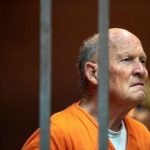 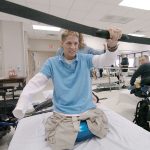