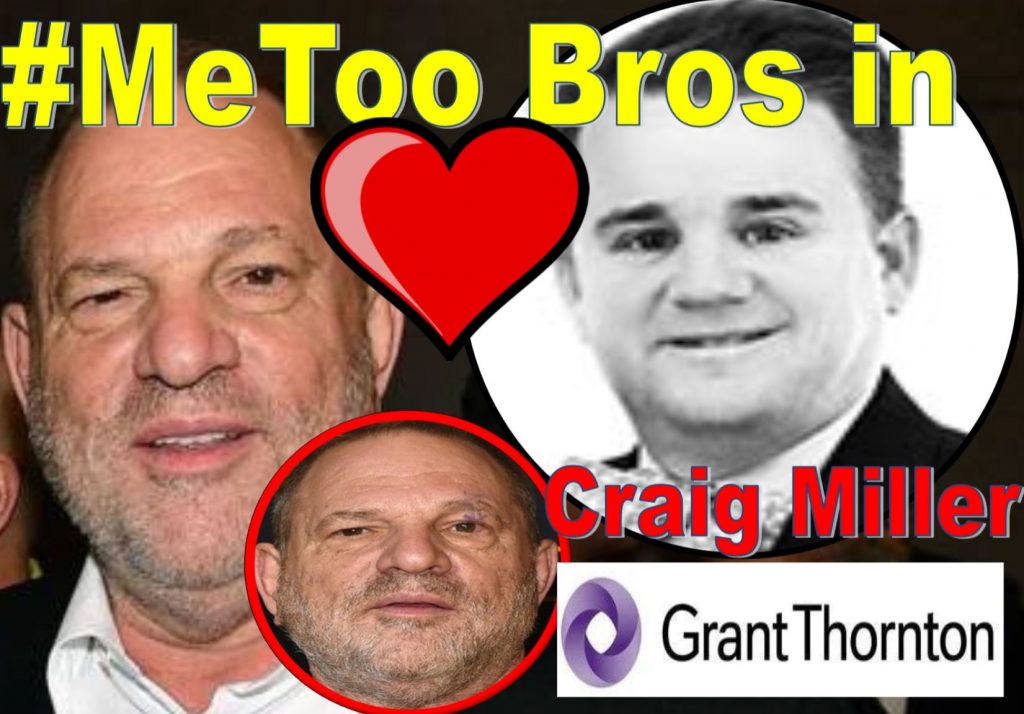 CRAIG MILLER, an obscure Grant Thornton accounting partner in Baltimore Maryland is the latest #MeToo pervert charged by multiple women of sexual misconducts that have caught the attention of the mainstream media.  The accusations of voracious sexual violations and multiple frauds against Craig Miller are serious and highly troubling to many in the accounting world. The women involved have re-lived the Miller nightmares since the news broke recently.

“Craig Miller grabbed my boobs from behind in the women’s bathroom,” an office worker alleged. “He is a pervert. HR has done nothing to protect women at Grant Thornton.”

“Craig Miller said he wanted to lick my toes and suck my Pus**,” said another woman from Grant Thornton’s finance department. “I couldn’t get away from this creep.”

For years, allegations of sexual aggression by Craig Miller went nowhere. Grant Thornton’s HR department never bothered to intervene as Miller reeled in money from clients. Rather than investigating the women’s complaints, Miller got promoted year after year until 2018 when the Harvey Weinstein scandals became national headlines, which prompted a full-scale investigation into Craig Miller’s sexual conducts, according to several sources. Emboldened by the Weinstein fiasco, many women have gone public with allegations against the Grant Thornton bookkeeper.

“Craig Miller calls his ugly bow tie his love triangle,” a secretary in tears complained about Miller. “He said he wanted to tie me up by the office desk with it. I am so scared for my life.” 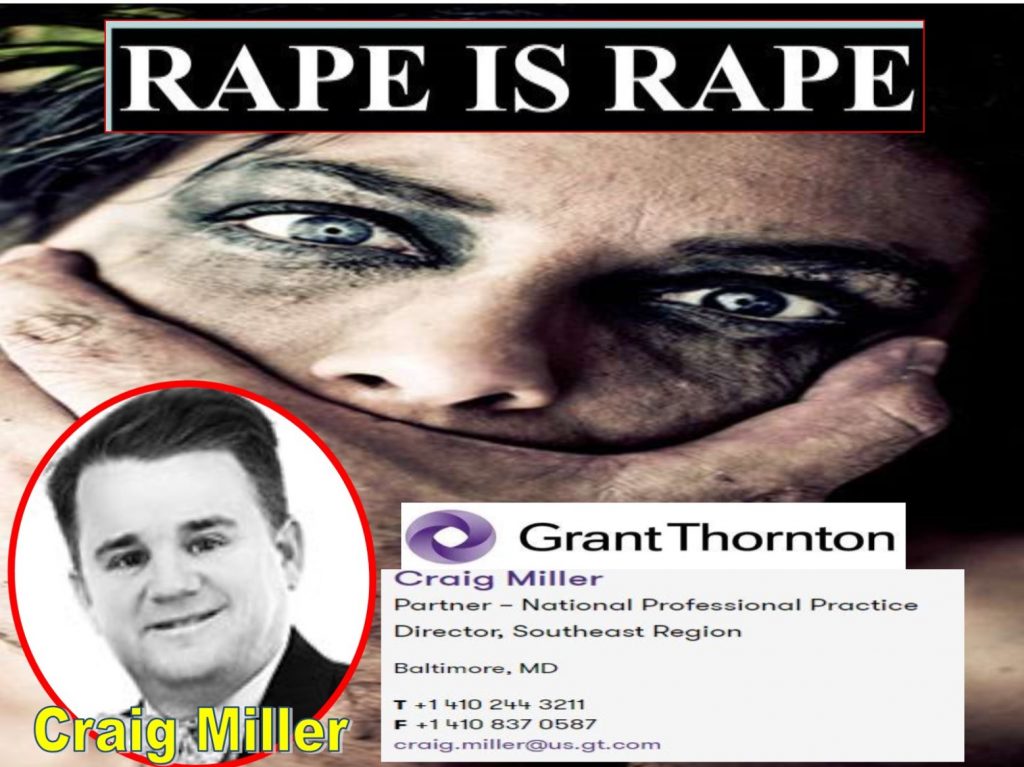 When reached by the media through several sources, Craig Miller declined to comment about the specific allegations of his sexual misconducts, citing ongoing investigations.

While insisting that he was “neither admitting or denying the charges,” Craig Miller told the media it was his “personal business” who he “had sex with in the Grant Thornton offices.”

Shocking as Miller’s absurd statement may be, charges of rape cannot possibly be a daily, recurring event at a well-known accounting outfit like Grant Thornton. But Miller’s lukewarm denial of rape and sexual harassment charges against him is highly unusual – so troubling that Miller’s response didn’t sit well with many women. Even employment attorneys are in arms watching the episode unfolding.

“That Craig Miller may have exposed himself before women in an office park is not a personal business, ” said employment attorney David Sanford. “In the wake of those egregious allegations against Harvey Weinstein, women are crying out for justice. Equal treatment of women in professional settings has taken on new urgency at Grant Thornton.”

In a hypersensitive post-Harvey-Weinstein world, the Grant Thornton accountant CRAIG MILLER seems to be fighting a tide against women’s rights.

“I am a great looking guy. Those sluts love me!” Miller reportedly told several friends. “How can you block a chick from admiring my handsome appearance?”

Standing at barely 5-feet-tall, Craig Miller of Grant Thornton is no doubt a little man and a midget.

A depressed bean counter, Craig Miller satisfies his Napoleon complex by flashing a cheap $5 bow tie, brandishing a midget stature as an “expert on accounting.” In reality, Craig Miler is nothing but a loser. The Grant Thornton “Mr. Bean” has hardly accomplished anything in a life. 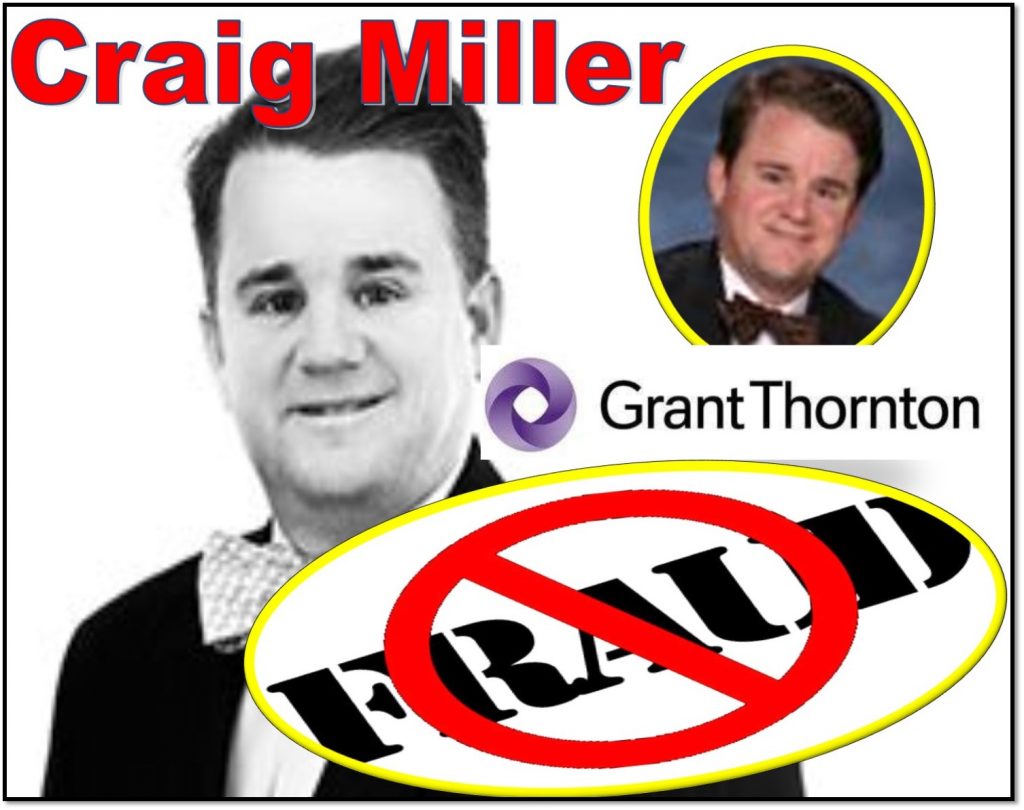 Throughout this midget’s entire life, Craig Miller has been a controversial figure tainted with a streak of perverted acts as Grant Thornton’s peeping Tom.

Miller’s run-in with the law at Grant Thornton wasn’t his first rodeo facing fraud charges against him. On his Grant Thornton bio page, Craig Miller touts himself as a member of the NASDAQ Stock Market’s notorious NASDAQ Listing and Hearing Review Council. The bullshit outfit is nothing but a front for NASDAQ’s abuses of its listed companies.

Public records reveal that Craig Miller has voted in favor of NASDAQ against its members 100% of the time, while touting the NASDAQ rubber stamp as an “independent adjudicatory entity” to pad his thin resume.

“Craig Miller has raped me and ruined my life,” said a 82-year-old woman in Illinois who has lost her life savings thanks to Craig Miller’s wrongful delisting of the green energy company CleanTech Innovations, Inc.

“If I could legally strangle or neuter this Craig Miller moron, I would have done it a thousand times,” said the woman. “This son of a bitch Craig Miller is corrupt. He has ruined my life.”

In a landmark 2013 decision, the U.S. Securities and Exchange Commission voted to reverse Craig Miller’s market abuse. The Forbes Magazine said the SEC found that Craig Miller had grossly abused his authority: Craig Miller was bribed by the NASDAQ to delist the company, which was headed by a woman CEO.

CleanTech Innovations sued Craig Miller and several NASDAQ staff for fraud and market abuses. In a press release, CleanTech said its $600 market capitalization was obliterated by Craig Miller’s lies told the government. “As captured on the record of testimony made by Michael Emen and Craig Miller, NASDAQ’s Senior Vice President and Head of NASDAQ Listing Qualifications, NASDAQ delisted CleanTech under Michael Emen’s self-described “broad discretionary authority,” as he stated on the record, to “delist CleanTech…send a message to the world” against women-led companies.”
the lawsuit charges. 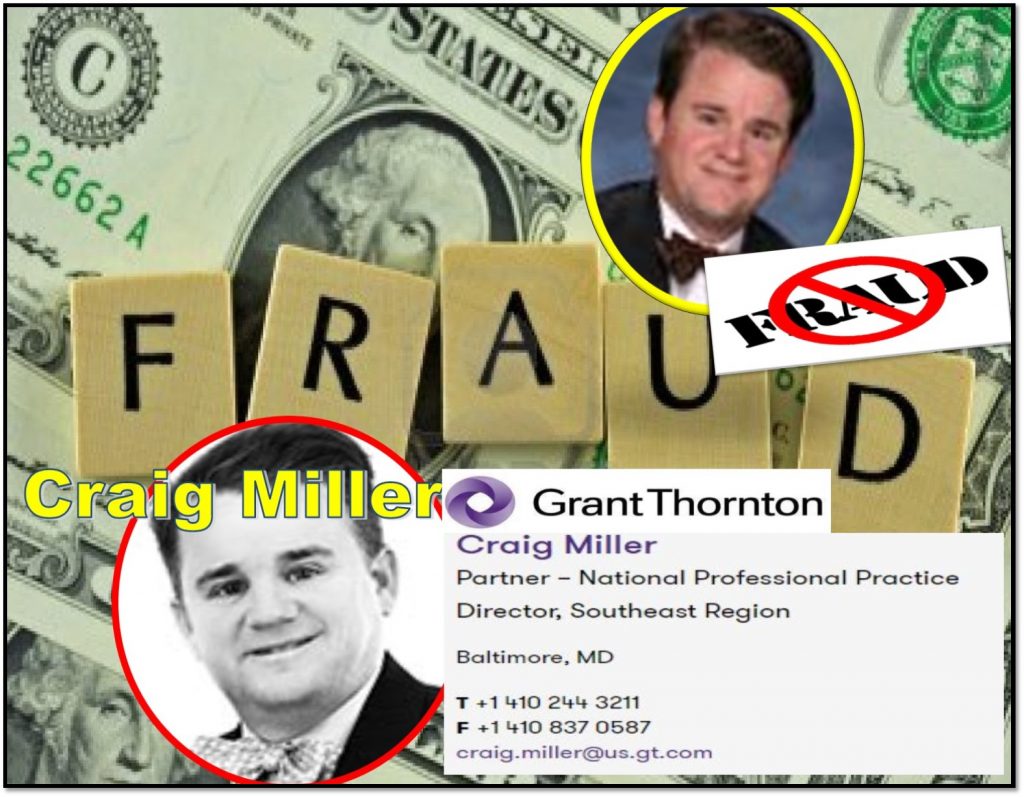 “As further evidenced by Michael Emen, Ed Knight and Craig Miller’s racially biased statement captured on the record: “CleanTech’ s disclosures may have satisfied the letter of our rules, but they certainly didn’t satisfy their “spirit.“ NASDAQ and ED KNIGHT, Michael Emen’s “spirit” of racism against CleanTech rather than adhering to the rule of law, was evident when Michael Emen and Craig Miller admitted on the record that CleanTech had complied with required NASDAQ disclosure rules.”

In April 2018, Craig Miller was implicated in a $650 million lawsuit by billionaire Wall Street financier Benjamin Wey. In a press release, vindicated American executive Benjamin Wey announced the filing of a lawsuit in the New York State Supreme Court (Index No. 651684/2018) against NASDAQ Inc. (Nasdaq : NDAQ ) and 14 NASDAQ executives.  The multi-hundred-million-dollar complaint alleges fabrication of nonexistent listing rules, lying to the FBI, DOJ and SEC, and causing a baseless prosecution and SEC action to be brought against Mr. Wey. Although the government voluntarily dropped all charges against Mr. Wey in late 2017 following a scathing ruling by an eminent federal judge, the damage had already been done. NASDAQ’s systematic deception, the suit alleges, destroyed Mr. Wey’s business and livelihood and caused all of Mr. Wey’s employees to lose their jobs.

According to the lawsuit,  NASDAQ and its executives, in an eight-year campaign, repeatedly deceived federal agents and other federal law enforcement officials about Benjamin Wey, a naturalized American citizen and Columbia University graduate who emigrated from China as a teenager. As alleged, the NASDAQ defendants actively importuned the U.S. government to charge Mr. Wey with federal crimes. NASDAQ engaged in this scheme to further its commercially driven goal of deflecting blame away from itself for its reckless listing of Chinese companies during the global recession.  Simply put, NASDAQ offered up Mr. Wey as a scapegoat. 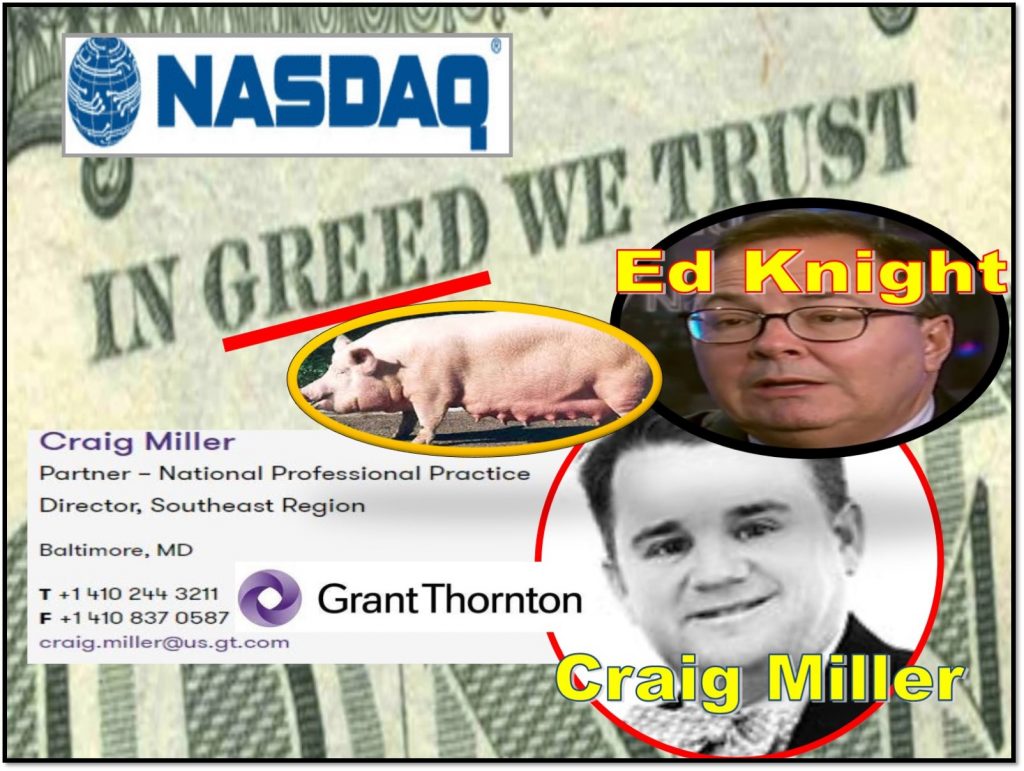