Well, it’s too bad this house is off the market.  But it may be a side note to folks who are looking to buy: look at the history of possible homes really closely.  But one Upstate NY couple had no clue what their home was hiding for almost an entire year.  Patrick Bakker and Nick Drummond moved into their mystery home in 2019.  They enjoyed it as-is for most of the year, never knowing there were dozens of 100-year-old bootleg whiskey bottles hidden all over their home.  But once they started doing some renovations, the history started to come out.

Nick and Patrick were working on removing old finishes on one wall.  But then they realized the wall had hidden compartments.  So I would have been really excited, especially as I love whiskey.  But as exciting as that was, there was a lot more.  A lot.  It wasn’t a wall with secret compartments.  The whole wall was secret compartments.  And yes, it was stock full of century old bootleg whiskey.  It didn’t take the couple long to remember what they thought was a crazy story from one of their new neighbors.  The house was originally built by…… yes, a bootlegger.

THE BOOTLEG WHISKEY DISCOVERY TOUR KEEPS ON GIVING, BUT HOW MUCH ACTUAL WHISKEY SURVIVED?

But of course, they never thought it could be true.  And amazingly, it was.  But they had other bootleg caches to find.  There was a hatch in the unfinished mudroom floor.  They didn’t think anything of it.  But especially, because previous owners said that it was just the access to a defunct well.  So of course it wasn’t.  There were even more bottles of bootleg whiskey under there, too.  So far, it’s not clear how many of the dozens they’ve found have any actual whiskey left in them.  Most of them seem to be dried up.  But if you want to know more, they have a page for that, Bootlegger Bungalow. 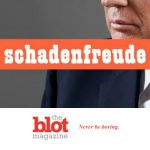 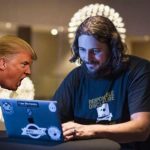