So people shoot the bullshit all the time.  But this is about New Jersey police shooting a pet bull dead in a scary scene.  First off, who the hell keeps a pet bull?  And second, why the hell didn’t this happen in Florida?  This happened in Sparta, New Jersey!  But we are not Sparta.  Someone called police to the Sussex County town on a recent Friday afternoon.  The caller said that a bull was loose and approaching vehicles on the road.  Can you imagine?  You’re driving down the road and a bull walks up, pissed off and horns pointed at your car? This thing even attacked a police cruiser!

Read More: Karma is a Bitch, So the NY Knicks Suck Ass

THE OWNER TRIED TO CALM HER PET BULL, BUT IT TURNED ON HER TOO

But the bull’s owner also called police to tell them she was headed to her loose, pet bull and would try to “coax the bull back into its enclosure with food.”  So that seems, reasonable, right?  But the bull was not having it.  She arrived and approached her loose cannon on hooves.  But her bull literally turned on her soon after and she “was screaming that the bull was going to kill her and needed to be shot.”  But then something even weirder happened.  The bull charged at one of the police cruisers at the scene!  So you can imagine that’s when it was the end of this running bull.

But that’s when the cops had had enough.  So they promptly shot and killed the angry bull then and there.  The owner went to the hospital with minor injuries.  But that kind of impresses me.  Who gets attacked by a bull and gets away with only minor injuries?  But not even dressed as a clown?  The injured woman then also told police that the bull had also recently attacked her husband, though he also had no major injuries.  So I wonder if the police appreciated only hearing that afterwards?  SMDH. 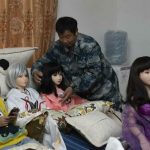 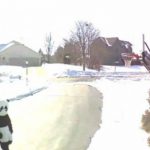