MILWAUKEE BAKERY BURGLAR GETS JAIL CRUMBS, AFTER COPS SEE HIS PIC ON COOKIES

So I must say that is not an appetizing picture at all.  But it’s not only a picture of an ugly man.  He’s also exceedingly stupid.  Now, I may have hoisted just a few beers from the city of Milwaukee back in my day.  But even if I couldn’t walk straight, I’d never consider burglarizing anything.  But a bakery?  What is that all about?  But if you are going to be a cookie burglar, you’d better remember to, um, wear a damn mask?  Because the owner of the bakery took surveillance footage and put the burglar’s face on cookies.  And those cookies got around.  So much so, that Milwaukee cops managed to bust the damn fool.

Read More: There’s An App For Minorities To Use For Traffic Stops Now

That’s right, the owner of the bakery used his own baked goods to out the culprit, 45 year old Dominic Kolp in the picture above.  The baker who fought back against crime created a nice little portrait of Kolp, printing it with edible dye and then “framing” it with red candy florets.  Sounds tasty.  Sure, I heard that revenge was best when you eat it cold.  But I’m sure the cookies had cooled off by the time the cops got themselves an informant helping.  Well, sure, the cookies made it onto some local news.  It’s very random and odd. So it wasn’t a long, um, stretch for the cops to get wind.

WHAT KIND OF BURGLAR ROBS A BAKERY ANYWAY? THE KIND WHO WANTS TO FLY FROM JUSTICE

But when the Milwaukee cops saw the cookie portrait, one of them recognized the suspect, Kolp.  Others recognized him, too.  So it was only a matter of time.  When police went to look for him at a hotel in town, Kolp tried to jump off a 2nd floor balcony to get away!  But he didn’t manage to flee the coop, and authorities grounded him all the way to jail.   So no, normally that particular kind of visage wouldn’t encourage me to eat a cookie.  But in this case, justice tastes rather sweet. 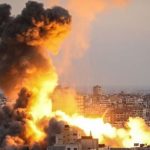 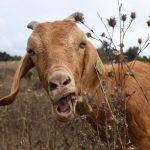