If they plan on keeping their jobs, Republicans who want to kill the Iran nuclear deal may want to stop, collaborate on a new strategy and listen to public polling.

But instead of listening to the majority of constituents who favor Congress pushing the deal through, lawmakers like Texas Sen. Ted Cruz have chosen to use scare tactics to make their own agendas front and center. The political grandstanding has not only come from members of Congress either, as Cruz’s fellow 2016 presidential candidate and former Arkansas Gov. Mike Huckabee has been the most vocal and inflammatory.

In language widely repudiated by President Barack Obama, the Anti-Defamation League (ADL) and the Israeli ambassador to the U.S., Huckabee has compared the deal to the specter of possibly causing another Holocaust.

But Huckabee and others didn’t stop decrying the danger of the deal there. The former governor’s Twitter page is full of nuggets just like the one above, including his invoking of the phrase, “never again” — a slogan used by the Jewish Defense League and others to describe the inhumane and historical horrors of the Holocaust.

Ambassador Ron Dermer and the ADL both oppose the deal negotiated by Secretary of State John Kerry, but have criticized Huckabee’s comments as being over the line. Hillary Clinton has called this lame attempt to stay relevant in the crowded, gasbag-filled Republican party field “totally unacceptable.”

Incredibly, in the face of such revulsion, Huckabee won’t back down and has gone even further. On “Today” Tuesday, he said that the “response from Jewish people has been overwhelmingly positive.”

And though reports of high-profile protests in major cities have made headlines, according to recent polls, most American voters want the Iran deal to get done. The survey from Public Policy Polling, which was conducted from July 23-24, determined that 54 percent of registered voters are supportive of the pact. If approved by Congress, the agreement will lift economic sanction against Iran in exchange for the country making concessions to limit its nuclear programs.

While Iran continues to enforce draconian and discriminatory laws against women, criminalizes lesbian, gay, bisexual, transgender and trans-questioning (LGBTQ) individuals and holds four American hostages to this day, the threat of an unmonitored nuclear-weapon-ready Iran is much too dangerous to warrant negotiations being cut off. The best way to influence the country into softening these retrograde social stances is by engagement through diplomacy, not isolation.

After the deal was negotiated, Congress has 60 days to review the agreement. And though Cruz mounted a failed attempt to kill the deal with an amendment that would not lift sanctions until Iran recognized Israel’s right to exist and freed the hostages, only 38 percent of voters are opposed to the deal going through.

The numbers tailor along party lines with 75 percent of Democrats surveyed in favor, compared to 36 percent of Republicans. Changing their positions on the issue through reading the tealeaves of voters’ feelings may also help keep some politicians employed. In addition to a majority of Americans endorsing the agreement, the poll found that 60 percent surveyed would vote again for lawmakers who back the deal or it would not make a difference in their future support.

Being employed in politics is nice work if you can get it, but some Republicans just don’t seem to get that the American people are their bosses and can fire them come the next election. 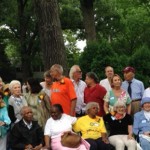 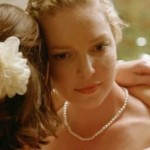