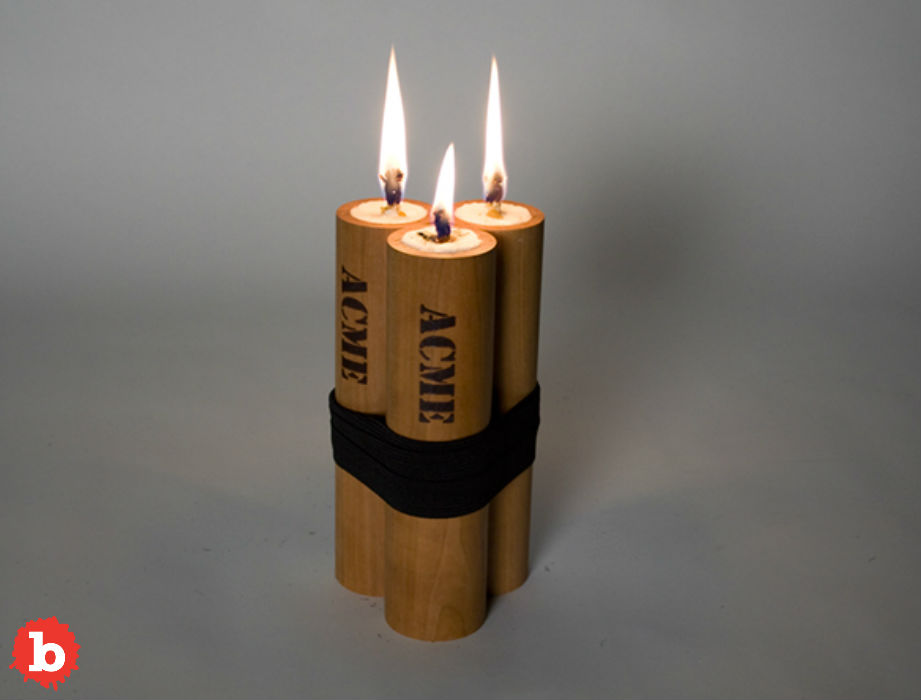 This is the kind of thing you can’t make up (again!).  A Conn woman was severely injured after she lit a stick of dynamite she thought was a candle.  Yes, she is alive.  Connecticut had a big storm last week that cut off power for a number of people, including this woman.  She and her family tried to pick up emergency lights.  But the Home Depot near them was already closed and they were out of luck.  But for this woman the luck only got worse.  Or better, depending if you know what a stick of dynamite can do.

Read More: Here Are the Ten Pros and Cons Working in a WeWork

On the way home they remembered that the previous tenants in their home had left behind a bunch of big candles.  So when they got home, the roughly 30-year-old woman lit what she thought was a candle.  But it wasn’t a candle.  It was dynamite.  And it blew up in her hand.  Obviously, the woman suffered several severe injuries.  Besides blowing out a nearby window, the woman suffered injuries to both her face and the hand holding the “candle.”  She faces the potential loss of several fingers.  That is no surprise at all.  It’s been years, but I remember the power of just an M80 fire cracker being scary.

One of the kids immediately called 911 after the blast.  Responders included the state police, the fire department, a fire marshal and later a bomb squad.  The bomb squad investigated the blast which included evacuating several nearby homes.  They found yet another stick of dynamite in the house.  So they safely detonated that and disposed of it.  But so far, there’s no word as to just why the prior tenants left some sticks of dynamite lying around the house.  So no matter how you look at it, as bad as that luck was, it was actually a miracle of sorts.