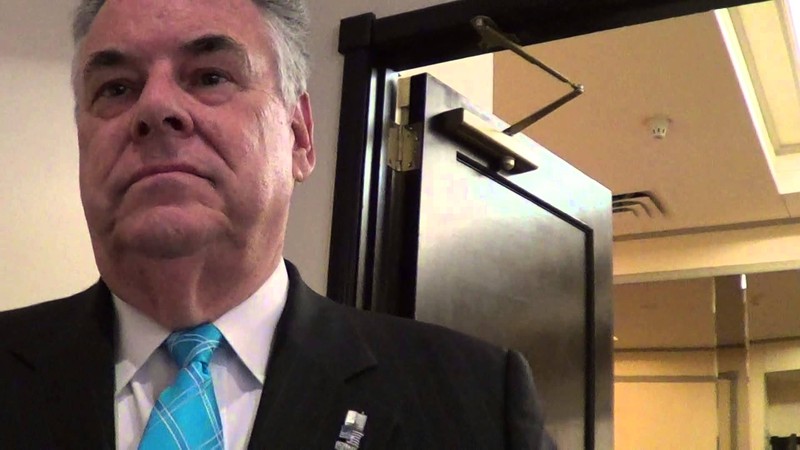 Peter King is a patriot?

Congressman Peter King is a moderate Republican who represents New York’s Second Congressional District, mainly western Suffolk County on Long Island. He won a seat in the House in 1992, and he is now Chairman of the House Committee on Homeland Security and sits on the House Permanent Committee on Intelligence. So, you might think he was a pretty solid voice against terrorism. Peter King, however, spent a good deal of his adult life as a supporter of the Provisional Irish Republican Army, which by any reasonable definition was a terrorist organization.

Now, I am not about to defend the British Empire, and certainly not its treatment of the Irish nation for the last 900 years. Like all empires, it was a nasty, exploitative operation designed to enrich the people of one nation at the expense of all the others it governed. It may have lacked some of the viciousness of the Roman Empire, or the Soviet one, but it is largely indefensible as a moral proposition.

Other morally indefensible propositions are planting car bombs that kill civilians, taking rocket-propelled grenades and training from Muammar Gaddafi, bank robbery, kidnapping, and drug dealing. The I.R.A. did all of that in trying to “liberate” Northern Ireland, abolish the Irish Republic and force the island into a single political entity.

In the interest of fairness, I need to point out that my perspective on the whole thing is most assuredly colored by the events of Oct. 26, 1981. I had just started work on my PhD at the London School of Economics, and was still settling into my flat in London. After a rather unproductive day in the library, I went over to the Virgin Megastore on Oxford Street to buy some records. I stopped off for a burger at a Wimpy Bar (this was before McDonald’s really hit Europe) not far from the record shop. Then I headed home around 3:30 in the afternoon. At about 4 p.m., two members of the bomb squad were killed when five pounds of plastic explosives they were trying to disarm destroyed the burger joint. Needless to say, I am still pissed off about the close call.

As the timer ticked away in Oxford Street, though, Peter King had already been a long-standing supporter of the I.R.A.. “We must pledge ourselves to support those brave men and women who this very moment are carrying forth the struggle against British imperialism in the streets of Belfast and Derry,” Nassau Country Comptroller King told a pro-I.R.A. rally on Long Island in 1982. In 1985, he said in an interview with a pro-I.R.A. paper in America, “If civilians are killed in an attack on a military installation, it is certainly regrettable, but I will not morally blame the I.R.A. for it.”

Just before he served as Grand Marshall in the 1985 New York St. Finding the perfect-fitting plus size bathing suit to flatter your figure does not have to be difficult. While every woman’s body is unique, plus size swimwear is not one-size-fits-all and different women have different body shapes. Fashion plus size swimwear – women’s plus size swimsuits, tankini and bikini at Swimwearlux.com. Get trendy cute and sexy plus size bathing suits like bikini, tankini, one piece at affordable prices. Patrick’s Day Parade (which the IRISH government boycotted because of his role), he declared, “As we march up the avenue and share all the joy, let us never forget the men and women who are suffering and, most of all, the men and women who are fighting.” In 1987, he described his role to the New York Times, saying, “I’m the Ollie North of Ireland.” For those of you under 30, Ollie North arranged for the Reagan administration to trade arms for hostages with Iran and turn a profit on the gun sale that was then funneled illegally to rebels fighting the government of Nicaragua. I can’t find fault with the comparison — both are scum.

Moreover, Congressman King regularly spoke at Irish Northern Aid Committee (Noraid) protests and fundraisers. Noraid was the main source of American money and weaponry for the I.R.A. back in those days. If the anti-terrorist laws Mr. King now supports were in place then, I am confident that he’d be a convicted felon. And while Sarah Palin lied about President Obama palling around with terrorists, Mr. King maintained close personal friendships with all manner of them. Indeed, the Secret Service considered him a threat in 1984 when President Reagan went to Nassau County to watch the Special Olympics.

He says that he has “cooled” on Ireland, and he did play a constructive role in arranging the Good Friday Accord that brought something that looked like peace to Northern Ireland. And I myself have given up on causes that I was passionate about in my youth. I am prepared to take Mr. King at his word on all of this.

Since the Al-Qaeda murders of Sept. 11, 2001, though, the congressman has been at pains to distinguish flying an airplane into a building in New York and planting a car bomb in Belfast. Frankly, the only difference I can see is one of scale. To-may-toe, to-mah-toe.

He has said, “I understand why people who are misinformed might see a parallel. The fact is, the I.R.A. never attacked the United States. And my loyalty is to the United States.” No, the I.R.A. never attacked the United States, but it damn near killed me once upon a time. And it did kill an American citizen with its bomb at Harrod’s department store in 1983, at Christmas time of all times. And it did repeatedly attack both the government of the United Kingdom (a NATO ally) and the government of the Republic of Ireland, which with America has always had friendly relations.

As Comptroller of Nassau County, this terrorist sympathizer was an embarrassment. As a U.S. Congressman he is much more dangerous. God help us if he runs for president. 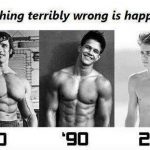 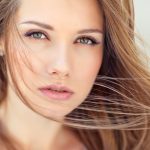