So, a self-described redneck, high-school dropout in South Carolina kills nine black people at a Bible study in a church, and our political leaders are called brave because they consider taking down a racist flag? News flash, America: Pieces of cloth don’t kill people, under-educated yahoos full of hate with ready access to firearms do. This is why grown-up countries have such a hard time taking adolescent America seriously.

Don’t get me wrong. I oppose anyone anywhere flying that banner of treason and racism. And if you think it’s about “heritage,” let’s do a little thought experiment. Let’s say you live in a nice German city like Berlin or Munich. And let’s suppose that the Germans after 1945 didn’t have the decency to be ashamed of the Third Reich (which they did). Now, imagine getting into your nice 2015 Mercedes Benz Stormtrooper SUV, driving down Hermann Goering Boulevard, through Adolf Eichmann Square and along Heinrich Himmler Highway. You arrive at Martin Bormann Middle School to pick up your kid and take him off to a meeting of the HJs (Hitlerjungen) youth group that is keeping him out of trouble after school at the Center for Aryan Purity, conveniently located near the Adolf Hitler Shopping Mall.

You see, it isn’t about Nazis — it’s just German heritage. After all, the swastika was a symbol of Germany for 12 years. The Confederate battle flag was in use for just four, and it was never the official flag of the Confederate States of America, merely that of the Army of Northern Virginia. In truth, the Germans are simply better at dealing with their history than many Americans.

As Winston Churchill observed, “You can always count on Americans to do the right thing — after they’ve tried everything else.” So finally South Carolina is dealing with the Confederate flag that now flies on the state capitol grounds. And the fad for cleaning up the past has spread. In Mississippi Monday, House Speaker Philip Gunn (R-Miss.) called for the Confederate emblem to be removed from the state flag. Tuesday, Virginia Gov. Terry McAuliffe, a Democrat, wants the Confederate flag banished from state license plates. CNN reported the flag is being removed from Alabama’s statehouse grounds as well.

Yet, there is one place where the flag will remain, it seems, no matter what. No, it’s not some backwater in the swamps of Louisiana nor is it a town in the Ozarks or in Appalachia cut off from the 21st century by geography and poor road repair. It’s in the south. The deep south.

After the Union Army liberated the South from its slave-owning overlords during the American Civil War, some of the rebels left. Much like the pro-British Americans who settled in Canada after the American War of Independence, aka the Revolutionary War, these “Confederados” headed for Brazil, where slavery still existed. Around 10,000 of them settled in Santa Barbara D’Oeste. And they brought their customs, food and religion with them.

Unfortunately for them, slavery ended in Brazil (the last place in the Western Hemisphere to officially abolish it) in 1888. And their descendents assimilated slowly but surely, dropping English for Portuguese and marrying outside their ethnic group. One hundred and fifty years on, those claiming Confederate ancestry come in a wide range of skin tones.

And once a year in April, like Irish-Americans on March 17 or Italian-Americans on Columbus Day, the Confederate-Brazilians have their ethnic pride day.

This year, 34-year-old João Leopoldo Padovese, came dressed in a gray Rebel uniform like a great many others. “I am proud of the Confederate flag because it is a piece of history that I am directly connected to,” he said. Gee, I’ve heard that before. “Imagine if I were to show up dressed like this in the middle of New York. I would get beaten! But not here,” he added. “For us in Brazil, it has no political meaning at all.” I speak for all New Yorkers, I think, when I say Mr. Padovese dressed in a gray or butternut uniform would be perfectly safe in our City — we want the tourist dollars.

“In the U.S. these symbols are representative of the things we don’t want in the country,” Clinton Jenkins, a 39-year-old conservationist from Bristol, Tenn., said. “But here it’s all seemingly disconnected. Watching a girl sing ‘Amazing Grace’ on top of a giant Confederate flag is a hell of a contrast.”

Still, the Germans who have settled in South America don’t wave their Third Reich banners around. Selah. 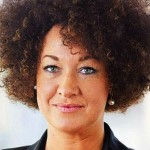 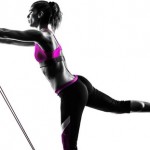