“Are you taking any time off for the holidays?” Too frequently will this question be answered with, “Nah, I can’t afford the time.” Americans have a love/hate relationship with long hours on the job. On the one hand, we complain about working 50, 60 or 70 hours per week. On the other, we have a sense of moral righteousness about being so dedicated. My holiday present to you, dear reader, is to inform you that this is all a load of crap. In truth, we put in long hours not really working. To illustrate what I mean, let’s consider our friends over in Germany and how they operate.

Germany has the fourth-largest economy in the world after the U.S., China and Japan, yet it is only the 16th largest by population. By definition, this makes German workers very productive. Let’s also consider that the average workweek in Germany is 35 hours, and by law, they get 20 paid vacation days (the average in practice is 24). They get up to three years of unpaid parental leave, which can be divided between father and mother. The per capita GDP for 2013 according to the World Bank was $45,000.

In America, we have an average workweek of 47 hours, 12 hours more than Germans. And we get 16 days vacation on average (none of it government mandated). For Americans, the average vacation is four days long, and 25 percent of Americans won’t take all their allowed time off. Indeed, 15 percent take no time off at all. American GDP per capita was $53,000 in 2013 according to the World Bank, and maternity leave is a luxury, even if it is only 12 weeks.

In short, “Germans on average work around 1,436 hours per year, versus the 1,804 hours Americans work.” Working 12 hours a week more and taking vastly less time off results in Americans making a whopping $8,000 more a year than Germans. Seems like giving up an awful lot for not too much in return, doesn’t it?

Well, here’s the ugly little secret: Americans tend to be at work long hours, while Germans tend to work when they are at work. There’s a huge difference.

“In German business culture, when an employee is at work, they should not be doing anything other than their work. Facebook, office gossip with co-workers, trolling Reddit for hours, and pulling up a fake spreadsheet when your boss walks by are socially unacceptable behaviors,” Knote magazine recently reported. “Obviously, in the United States these behaviors are frowned up on by management. But in Germany, there is zero tolerance among peers for such frivolous activities.”

A tale of two works

Americans measure work in the amount of time they put in at the office. Germans tend to measure work by results. That’s why Germans spend less time in meetings and waste little time in social niceties before addressing business issues when they do meet. And to be fair, it’s why the working environment in America tends to be more relaxed and social. Germans get their social life outside the workplace.

Now it may sound like I am being unpatriotic, slamming America like this, but in truth, a real patriot wants to make his or her country better. And despite what the GOP thinks, America can always be improved. Nor do I think Germany is an employees’ paradise. I rather like a relaxed work environment (which is why I am self-employed).

But there are things we can do to make America a little less clock-punching and a little more results-oriented. Parkinson’s Law is an adage that says “work expands so as to fill the time available for its completion.” And as Samuel Johnson observed, “when a man knows he is to be hanged in a fortnight, it concentrates his mind wonderfully.” Fewer meetings, tighter deadlines, greater focus on producing a result — it’s really all just time management.

In the 19th Century, there was a German (naturally) general named von Moltke (there were a few of these in German history) who said that there were four types of officers: the lazy incompetents, the incompetents who were very active, those who knew what they were doing and were very active, and those who knew what they were doing and were lazy. He said the first type weren’t much of a problem because, although what they would do would likely be harmful, they weren’t going to do much of it. The second class was truly dangerous, people who were doing lots of things wrong all the time. The third group made great staff officers because they would work very hard and very long to achieve objectives. However, the fourth group (competent but lazy) were those who should lead because they would inevitably find the easiest (therefore most efficient) way of doing what needed doing without a great deal of needless activity.

My dad had a very similar idea and has always been threatening to write a book called “Productive Laziness.” Simply put, the premise is that you should do exactly what needs doing, taking just enough time to do it right. No more, no less.

And that, my friends, is how Germany, a country of 86 million people, can be the second-largest exporter after China (1.3 billion), build cars that run forever and still spend a month at the beach with their families every year.

Sounds like the makings of a New Year’s resolution … 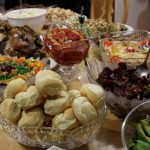 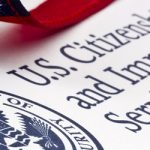