GIANT BOULDER THAT DESTROYED HIGHWAY TO BE COLORADO LANDMARK

So what do you do when an 8.5 million pound boulder falls into, and demolishes, a mountain highway?  Well, in this case the boulder is just so damn big, the answer is pretty much nothing.  So as you can see from the picture, that’s one damn big ass boulder.  Colorado’s Department of Transportation described it as being “the size of a house.”  Well, this boulder sized house is gonna stay where it lay.  From here on out, it will be a landmark for passersby to marvel at.  Well, and then speed on their way before another one falls.

MEMORIAL ROCK TOO COSTLY TO BLOW UP AND HAUL AWAY, SO NOW A MAINSTAY

Colorado’s governor, Jared Polis, announced that this section of the currently demolished highway is now named “Memorial Rock.”  Looking at it, it’s pretty hard to forget.  So why are they leaving it there?  Well, Colorado authorities estimated dynamiting the boulder and hauling it away would cost in excess of $200,000.  So why destroy this natural history?  So instead, they will rebuild that section of Highway 145 to wind around the rock to either side.  This spot lies between Cortez and Telluride in southwestern Colorado.

Related: Memorial Day 2019, A Clarion Call to Break Up Facebook

ISAAC NEWTON HAD NO IDEA GRAVITY COULD BE LIKE THIS

At a news conference about the new memorial, Polis said, “We expect that for generations to come, people will have the opportunity to observe this geological masterpiece that we’re calling Memorial Rock.”  And it is a marvel.  There were actually two of these giants that fell 2,000 from a mountain ledge all the way down to the highway.  But the smaller, mere 2.3 million was no problem. Workers demolished it and took away.  So how much will the rebuild cost?  1.3 million bucks.  But emergency federal funds will handle that. Don’t tell Trump.  He’s not polling well in Colorado…. 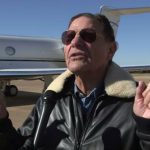 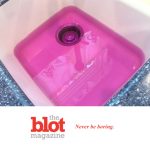