Florida — the state so ubiquitous in its resident’s ability to get arrested that it could possibly garner some sort of award — has a new addition to its “No shit they got arrested” hall of fame.

Edward Cocaine (real name) was arrested for (wait for it …) Xanax possession without a prescription in Florida. According to Cocaine, his great-grandparents picked the name upon emigrating to America several generations ago. I bet they threw the best parties back in the day. According to the Sun Sentinel:

“My last name is Cocaine,” proudly stated the man at the podium. His name was indeed legal and inscribed on his driver’s license.

“You know, I’d thought I’d seen it all,” Hurley laughed, shaking his head. “How many times have the police told you to step out of the car during your life?”

“Just about every time I get pulled over,” a chuckling Cocaine admitted.

Cocaine was released by the judge with but a metaphorical slap on the wrist, but not before everyone in the entire world collectively golf-claps at the absurd and beautiful irony of Edward Cocaine getting arrested for drug possession.

Hopefully Johnny Heroin and Stevie P. Meth get wind of this and decide to start drug-running. 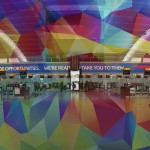 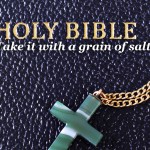