EMPTY OF PEOPLE BOAT WASHES UP ON REMOTE PACIFIC ISLAND, WITH LOTS OF COCAINE

A drug boat on a remote isle? That’s slightly odd.  Sure, the pandemic is happening and all.  And that means, well, that means a lot of things.  And I’m talking about things that we don’t really think about too much.  Well, most of us, anyway.  Like, the drug trade.  Like most industries, the drug trade has faced some pretty serious challenges with the Covid-19 pandemic.  I’m sure demand is pretty steady, if not higher.  But how about supply?  Like, all those addicts and casual users who have nothing else to do but jones and jones, alone at home?  Speaking of which, I could use another cup of Joe.  But you get the idea.  So drugs are still a commodity.  But who abandons drugs in this market?  Because a boat with no people on board just washed up on a remote Pacific isle.  No people, but $20 million in cocaine.

Read More: Who Really Made This Spy Boat That Grounded in Scotland?

AUTHORITIES FOUND 649 KILOGRAMS OF COCAINE, OR 249 MORE THAN ISLAND LOCALS

So that’s like, odd.  $20 million in cocaine in this story means about 649 kilos.  And if you wonder where that 650th brick is now, you’re not alone.  But anyway, the devoid of people boat washed up on the remote Ailuk Atoll about a week ago.  Where, you ask?  It’s in the Marshall Islands.  You know, between Hawaii and the Philippines?  Like, out there.  And small, too.  This particular atoll has a large population numbering….. maybe 400 people.  So this bounty is over one and a half kilos of cocaine for every resident on the remote isle!

Related: Bogota Man Under Arrest For Half a Kilo of Coke Under Toupee

So if that made you think some more, good.  That’s a LOT of cocaine in a remote place with very few people.  So where did it come from?  And where was it going?  And who the hell abandons millions of dollars of cocaine in a seller’s market?  I mean, come on.  Folks, the Pacific Ocean is huge.  Like, in Trump language, yuuuuuuge.  But maybe there’s an explanation that actually makes sense.  Some officials believe that the boat has been drifting across the ocean for a year, even two.  It could have been alone all that time, all the way from Central or South America.

Sometimes irony is so unfair, it’s enough to make you snort out loud.  Now, about that coffee. And my remote control. 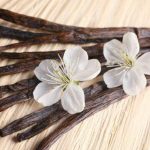 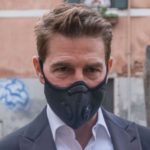