WHY IS GEORGE CLOONEY AS THE NEW BUCK ROGERS PISSING SOME PEOPLE OFF?

So I actually just introduced my wife to Buck Rogers about a week ago.  No, we didn’t watch the whole series.  But the two-part pilot?  We were all over that.  My wife, appropriately, was all over that.  Aghast, amused and a lot of “oh, no, they didn’t.”  Well, oh yes they did.  And THEN two days later I find that there is another Buck Rogers in the pipeline?  With George Clooney as the Star?  I’m all over that.  Clooney has got the goods, and the humor.  Because, hey, Buck Rogers can’t get any campier than it already is, can it?  But not everyone loves this idea.  In fact, it’s pissing some people off and they want to stop Clooney’s project.

BUCK ROGERS CREATOR’S ESTATE TRUSTEES CLAIMING EXCLUSIVE RIGHTS, OR IS IT SOMETHING ELSE

So who the hell are these people?  And what is wrong with them?  Well, I can try to answer the former.  But the latter is beyond my discretionary near-Earth orbit.  The people are the Nowlan Family Trust.  As in, the group that manages the former estate and possessions of Philip Francis Nowlan.  Philip, as you might guess, created Buck Rogers a million years ago.  So anyway, the Nowlan Family Trust sent off a cease-and-desist letter to the folks working with Clooney at Legendary Entertainment.  The Trust says they have the rights and haven’t given permission.  They also say they are working on their own reboot with Skydance Productions.

Related: Somehow, Pete Davidson is Erasing All His Tattoos?

CLOONEY PROJECT SOUNDS AWESOME, BUT WHO WILL PLAY WILMA IN THE GEORGE CLOONEY BUCK ROGERS?

Well, I don’t know about their own supposed Buck Rogers reboot.  Haven’t seen any mention of that anywhere else.  But Legendary Entertainment ain’t backing down.  They don’t agree they don’t have the rights.  They also noted that the Trust lost a separate Buck Rogers legal action just two years ago.  So I don’t know what this is really about.  A shakedown for a settlement?  Legendary seems to not give a damn if it goes to an expensive court battle.  Or, are they trying to kill off the competition?  Because, let me tell you, the more Clooney’s Buck Rogers gets out there, the louder the buzz.

Just please, no more futuristic get down and boogie moments, ok?  It was like watching my parents dance all over again.  Shudder. 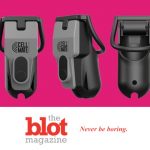 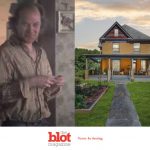