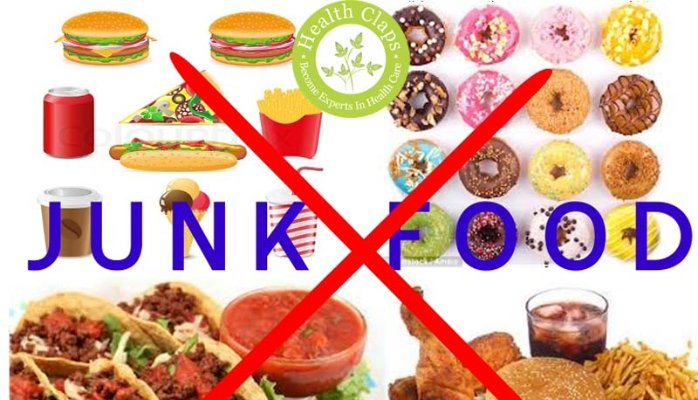 Junk food is heavily promoted by celebs and athletes. Christina Applegate is the buoyant, new poster gal for Coca-Cola’s Fruitwater, which contains no real fruit or fruit juice. A look into this and other celeb endorsements of junk food.

While listening to Pandora a short while back, through the wires came a chipper Christina Applegate letting me know she can relate to being a busy woman trying to balance it all, and how she finds relief in Fruitwater (hashtag “sparkling truth”). At the end of the ad, a male voice came on informing me that Fruitwater contains no real fruit.

Wait, did I hear that correctly, I wondered? It was hard to decipher the announcer guy’s words, what with his low voice and fast-talking, garbled mumbo jumbo. Before long, the ad blasted again, and indeed, the announcer said there’s no real fruit or fruit juice in the product. On the CocaColaCompany website, I read, “The product will be available in five flavor varieties. By design it contains no fruit or fruit juice.”

This is akin to having a candy bar called Chocolate Bar that contains no chocolate, or a snack called Bag ‘O Nuts without one single nut inside. It’s misleading, plain and simple.

Applegate, 41, is the bright, new poster face of Fruitwater, a zero-calorie, fizzy and “naturally fruit-flavored” sparkling water made by Coca-Cola’s Glaceau unit (which also makes Smartwater and Vitaminwater). The bottled drink, which hit shelves in April, is Splenda-sweetened and “enhanced with nutrients.” Fruitwater is being positioned as a healthier option to Coca-Cola’s 16-ounce, 125-calorie, Stevia-laced Vitaminwater (the labels closely resemble one another). Vitaminwater is that healthy-sounding beverage that provoked a lawsuit from the consumer-advocacy group Center For Science in the Public Interest, which, as a court ruled in July, can proceed as a class-action suit. The suit claims that marketers’ labels and advertising are deceptive, including claims that Vitaminwater may lower disease risk, promote healthy joints and support optimal immune function. (In 2010, Judge John Gleeson ruled that Vitaminwater’s use of the word “healthy” violated FDA labeling rules, reported ABC. Sounds familiar, doesn’t it?)

Healthy Eating Chopped, Cooked, and Explained by an Expert

The real “sparkling truth” is that, even though one of these has fewer calories, none of these drinks is healthy, containing any real fruits and/or vegetables, naturally synthesized antioxidants, phytonutrients, vitamins and/or minerals. These flavored waters are just gussied-up soft drinks with names that will appeal to an uninformed public trying hard to make healthier food-and-bev purchases. (By the way, sparkling-water beverages account for nearly $1 billion annually in sales.) They’re not healthy in the way that, say, a Greens For Life juice recipe from the Juice Lady Cherie Calbom is (ingredients: kale, celery, green apple, cucumber, ginger root and lemon). Not only are they not healthy, but, as Michael F. Jacobson, executive director of CSPI told Natural News, “Vitaminwater, like Coca-Cola itself, promotes weight gain, obesity, diabetes, heart disease, and cannot deliver on any of the dishonest claims it has made over the years.”

Now, I feel terrible that Christina Applegate suffered from breast cancer at such a young age, and that her show “Up All Night” was canceled, but she’s also a mom, and whether fair or not, from a mom I expect more. I point out mom, because 17 percent of our nation’s youth is obese, and since 1980, the prevalence of childhood obesity has more than doubled in children and tripled in adolescents in the United States, according to the CDC.

Not the First Time

Applegate is not the only celeb at fault, by far. This is hardly the first time a celeb took the money, shot the photo, and ran. It’s reminiscent of Kim Kardashian and Brooke Burke’s endorsement of those once-trendy, seemed-too-simple-to-be-true-and-were toning shoes, Skechers’ Shape-ups. The magical fitness shoes (imagine that: toned legs and nary a sweat droplet shed!) also attracted a $40 million lawsuit alleging marketers made unfounded claims. The Federal Trade Commission concluded that Skechers had indeed lied about clinical-study findings that wearing and walking around in Shape-ups actually helped people slim down and strengthen butt, legs and stomach muscles. Skechers denied it made false claims, but the company agreed to pay a $40 million settlement and to refund consumers who bought Skechers’ Resistance Runner, Toners, and Tone-ups shoes.

It’s one thing to have screen and scene stars promoting questionable products. It’s wholly another for top-tier athletes, who demonstrate peak athletic performance and ultra-conditioned physiques, to cash in by endorsing nutrient-empty, unhealthy foods and drinks, the likes of which would surely poke holes in their performance if overindulged in.

Quite a few studies in recent years have shown the influence that celeb food-and-bev endorsements have on Americans’ purchases, and by extension, their health and fitness.

Let’s take a University of Liverpool research finding that celebrity endorsements of food products encourage kids to eat more of those products. In the Journal of Pediatrics study, of 181 kids, from ages 8 to 11, those who had watched an ad for Walker’s Crisps with English soccer pro Gary Lineker or general footage of “Match of the Day” with Lineker ate considerably more Walker’s Crisps than those who watched ads for another snack or toy when offered two bowls of potato chips, one labeled Supermarket and one labeled Walker’s Crisps.

Researcher Emma Boyland of the Institute of Psychology, Health and Society said in a statement, “If celebrity endorsement of HFSS (high fat salt sugar) products continues and their appearance in other contexts prompts unhealthy food intake, this would mean that the more prominent the celebrity the more detrimental the effects on children’s diets.”

Then there’s the report released by the Rudd Center For Food Policy and Yale University, which found that the majority of the food-and-bev products endorsed by pro athletes are for unhealthy products (aka junk food). Here, researchers analyzed 100 pro athletes and their endorsement agreements, and found that 93 percent of the beverages endorsed got their calories from added sugars and 80 percent of the food products endorsed were energy-dense and nutrient-poor. Sports drinks comprised the largest category of celeb-endorsed products, soft drinks came in second place, and fast food in third, reported the LA Times.

Serena Williams’s endorsements by the researchers were found to be the worst in terms of nutritional value. The group that had the most athletes endorsing food was the National Basketball Association followed by the National Football League and Major League Baseball.

Still, another study by the European Journal of Public Health found that cutting out unhealthy advertising targeted to kids could cut the obesity rate by up to 18 percent.

Social epidemiologist Abdul El-Sayed penned an open letter to LeBron James (LeBron James, Serena Williams, and Peyton Manning had more food-and-bev endorsements than any other pro athletes reviewed in the Rudd/Yale report) and posted it on The 2×2 Project, a health website operated by Columbia University’s Mailman School of Public Health. The academic studied LeBron’s six-year, $16 million deal with Coca-Cola and concluded that, if the beverage giant recoups its investment, this would mean 54.4 million 20-ounce Sprites sold over the course of the contract. One Sprite, by the way, contains 16 spoonfuls of sugar (my teeth hurt just typing that).

Who’s Who of Celeb Endorsements

Look, this is in no way a problem to which only a few celebs have contributed. It’s a societal failure. It is what happens when fame over information is prized. It is what happens when advertisements make false statements to our citizens in the face of an out-of-control obesity epidemic threatening America’s health daily. It is what happens when we don’t teach our children that they will be what they eat, and school curriculum doesn’t include nutrition know-how to enable them to make smart, healthy choices amid a dizzying array of products calling out to them with false promises.

The ads, of course, are nothing new; but only now are they catching up with the nation. Celeb endorsements are a long tradition — you may remember these stars and the products they endorsed:

Michael Jackson (who could forget that Pepsi commercial that lit his hair on fire and resulted in second-degree scalp burns?)

The Lakers’ Kobe Bryant brought in about $12 million yearly for endorsing McDonald’s (remember that juicy bite into a McDonald’s Big N’ Tasty?).

At the end of the day, if we want to be a healthy, fit nation, we’ve got to disseminate correct, easily digestible information on what healthy lifestyle is and how to make the right choices every hour of every day to encourage a long, healthy and happy life. A recent survey found that among parents with overweight kids, only 15 percent of moms and 14 percent of dads discussed healthy habits with their child. This is a discussion in which each and every one of us should engage (if you see your partner or child or friend grabbing for a mock-healthy, deceptively advertised bev, say something, because now you know), and a responsibility each and every one of us should take on. See something, say something. 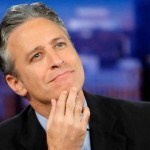 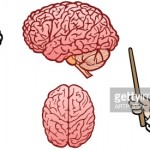