Ok, everybody knows about chocolate.  It’s amazing.  Almost everyone, everywhere, loves it.  Candy bars, chocolate shops, hot chocolate, chocolate sprinkles- the list is truly endless.  But we’ve been eating chocolate for a very long time.  Like, for 3,800 years.  Crazy, right?  And did you know that chocolate’s raw self in the form of cacao was first domesticated in Central America?  Me neither!  But it turns out both of those historic factoids are likely indeed wrong.  There are some serious chocolate geeks out there and some of them are scientists.  They’ll never stop digging deep for the deepest chocolate truths.  So just how long have humans been addicted to chocolate?  A long, long time.  Can you handle the truth?

The new evidence is pretty astonishing, really.  It’s always been clear just how much we still don’t know about early human civilizations.  But every time we learn more it just seems to make the mystery even larger.  And chocolate just makes the work and discovery that much more fun!  Anyway, the new evidence makes a strong case that we have been both cultivating and satisfying our chocolate addiction as long as 5,300 years ago.  So tack on another millennia and a half to what we thought before.  But the new information also shows that cacao farms weren’t in Central America first.  South America was where cacao was first brought into the world in any real sense as a crop.  So how did we miss this?

CHOCOLATE WAS A BIG PART OF EARLY MESO-AMERICAN RELIGION, 3,300 YEARS BEFORE CHRIST

The news made a big splash.  Nature Ecology & Evolution published the new fun in a paper this past month.  Cacao, or Throbroma cacao, was first domesticated about 5,300 years ago in the Upper Amazonian region of South America.  This finding kind of revolutionizes everything anyone knew about the origins of chocolate.  It also means there is 1,500 years of human history involving chocolate that no one knew about before.  For those Trump voters out there, think 7 times longer than all of American history.  That’s a lot of history to explore, especially as cacao was important as a currency and was intimately used in ceremonial practice.  I wish chocolate was a part of my church!  Don’t you?

That gives me an idea.  A great idea.  Maybe we can talk about a functional chocolate Jesus.  Easter all the time!  Thank you, chocolate geeks.  I’m still addicted! 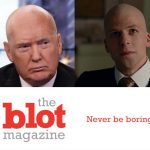 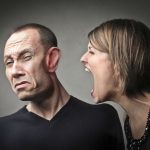