Greg So Kam-leung, Hong Kong’s secretary for commerce and economic development, had some protesters outside his house a couple of days ago. They pretended to urinate and defecate on his lawn. Why? Because a 2-year-old crapped in the street a while ago, passers-by got huffy, and he had the temerity to suggest that everyone just calm down.

The incident occurred on April 15, when a couple from the mainland took a shopping trip to Hong Kong. Their toddler needed to go and did so right there in front of Confucius and everybody else. A passer-by was so offended he took photos (some reports say video). This pissed Mommy off, and she snatched the memory card from the photographer’s camera causing an ungodly stink. Another passer-by intervened trying to make off with the family’s stroller. The LA Times quoted the mother as screaming, “Don’t you have kids? Don’t your kids need to use the toilet?’’ That paper also says, “Police arrived and booked the mother on charges of assault and the father on receiving stolen property — to wit, the memory card his wife had seized from the camera.”

The affair didn’t end there. Stuff.co.nz added to the report, “On Sunday [April 27], a dozen or so demonstrators at the giant Harbour City mall in Hong Kong mocked mainlanders by squatting and pretending to defecate on a photo of Mao Zedong and brandishing toilet paper. One wore a pig mask and another dressed as a Red Guard. A skirmish nearly broke out between the protesters and offended customers and staff, who screamed at one another across the mall’s atrium. The Communist Party’s official Global Times weighed in, denouncing the Hong Kong protesters as “skinheads” and “hooligans.” “This handful of radicals in Hong Kong remind[s] us of the rampant skinheads and neo-Nazis in Europe. Xenophobia is the cult of these groups,” the paper opined, “We need to fight back and overwhelm any forces that try to harm the integrity of the nation.”

With all the difficulties in the region, with China’s economy in a life-and-death struggle to grow faster than its population ages, with Hong Kong’s fragile position as a slightly free place in a labor camp-ridden country like China, you would think people would have better things to worry about than where a little kid deals with an emergency bowel movement.

But no, this is a deeply embedded cultural problem. The HK residents rather resent the mainlanders coming over in huge numbers and buying up all the consumer goods, eating on the subway and relieving themselves whenever and wherever they need to.

Meanwhile, the mainlanders dislike the arrogant British-mannered HK crowd who look down on their fellow Chinese as uncultured rubes. And like uncultured rubes everywhere when called to account for a lapse in decorum, some mainlanders were unrepentant. Some on Tianya.cn posted, “Let’s take our children to Hong Kong and let them pee and poo everywhere and let’s see which idiot will come and take pictures of us.” China’s claims to have had a continuous civilization for 6,000 years — a claim I am beginning to doubt.

When Secretary So weighed in suggesting that the residents of Hong Kong embrace tolerance, he got a bunch of protesters on his lawn. “Tolerate this!” was their cry. Apparently, they fear wave upon wave of mainland toddlers breaching their defenses and going everywhere. He failed to assuage their anger when he suggested that tolerating differences didn’t mean condoning unacceptable behavior. And that raised a question in my mind: Shouldn’t all these people be at work?

There is, of course, a simple way to fix all of this. Speaking as a native-born North Dakotan living in New York City, there is a simple way to get people to stop treating you like an uncultured rube — and that is to stop acting like one. The mainlanders might try doing as Romans do while in Rome. And the HK residents can help. The next time a 2 year old has to go, yelling at mom and dad and taking pictures is probably not the way to go. Try helping them instead … here’s a list of public toilets in HK. 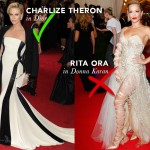 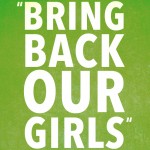