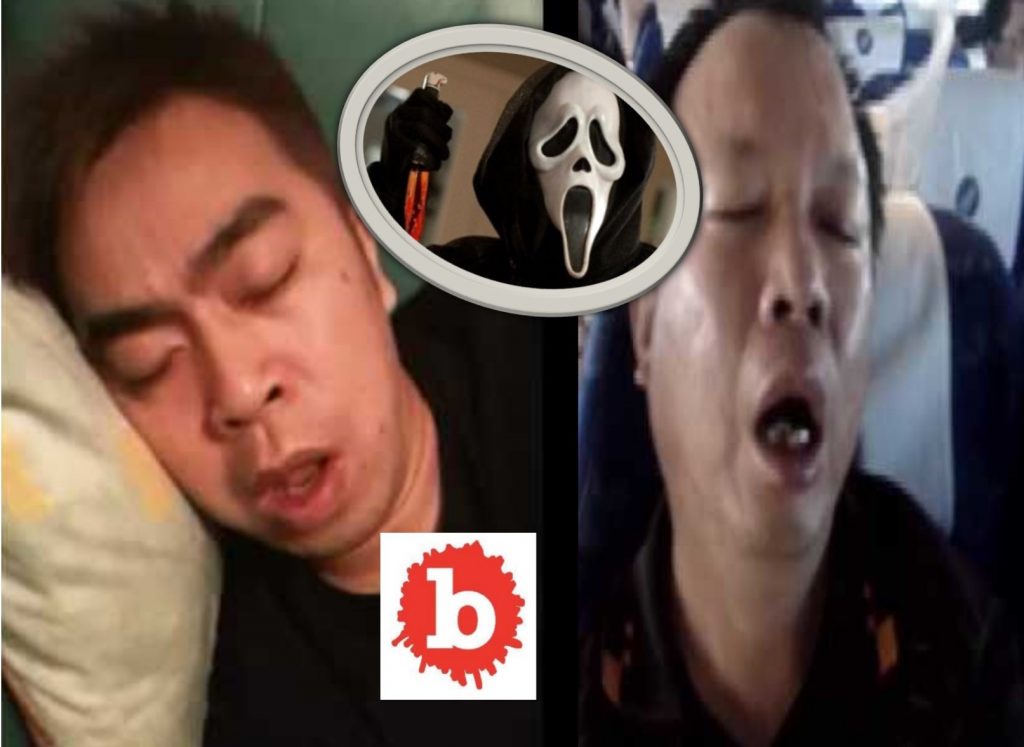 DEVIATED SEPTUM? LET ME CUT IT OUT FOR YOU!

We’ve all had at least one experience of being in a room with someone snoring and felt tempted to loft a pillow or two to make it stop. Usually most people’s recourse is to bury their head under the pillow instead and wait it out.  But for one particularly noisy snorer in China, their roommate opted to attempt to murder them by stabbing them to death with a knife.

Earlier this year this situation developed between one Mr. Hong and a Mr. Wang.  They were both factory workers in Wenzhou City in China, in a machine shop.  The two men worked alongside each other and by all accounts with their coworkers they got along well and had a lot in common.  Unfortunately, one shared trait was they were both snorers.  Couple that with their both living in the factory dormitory and it turned into a recipe for disaster.

WANG STABBED ALL OVER WITH KNIFE

At first, Hong and Wang had separate roommates. However, their coworkers soon complained to the factory manager about how loudly Wang and Hong snored. As a result, the manager tried to solve the problem by making the two share the same bedroom. As one might guess, neither man was happy about this and began complaining that they could not sleep due to the other’s snoring.

Relations between the two men quickly deteriorated. The situation eventually escalated to Hong attacking Wang with a butcher knife. Video footage of the attack shows a half-naked Wang running down a dark hallway. He holds his blanket across his back in an effort to shield his body. Stalking after him, while holding the knife and a flashlight, is Hong. Eventually, Wang collapses in the corner of the hall and Hong repeatedly strikes the fallen man with the knife.

POLICE WARN AGAINST SLEEPING WITH A BUTCHER KNIFE

Other factory workers heard Wang’s screams of terror and pain. They called the police, who quickly arrived on the scene. They arrested Hong and sent Wang to the hospital. At the hospital, Wang received treatment for severe wounds to his face, back, and legs. Meanwhile, Hong faces criminal charges for inflicting Grade II injuries under China’s Standards for Assessing the Extent of Bodily Injuries.