Sweet 16 is a teenager’s age, but in China, some 16-year-olds are competing to be the hottest mom. Yeah, that’s right, they are already mothers.

Sina Weibo, China’s Twitter, recently launched a #HotMomCompetition asking mothers to post pictures with their children. However, a drove of teenage moms, who were born in ’95, ’96, and ’97, flocked to the competition. Just look at their pictures — these moms still look like kids, but they have claimed themselves to be “hot moms” and they’re eager to find out if they are also the youngest mothers. This made Chinese netizens wonder what was really going on, beyond the competition.

In China, the legal age a woman can get married is 20. I doubt whether these 16ish-year-old girls are the real mothers of these babies, but what if they are? Do they have a partner to raise their child with or are they single mothers? No matter who they are, these young mothers are receiving more blame than compliments.

Why Society Is Forcing Jennifer Aniston to Get Pregnant

Weibo user “Who’s baby” posted “It’s f***ing scary. These girls are treated like they are machines for making babies. Are they proud of being a mother at this age? Do they have jobs? Do you have money to buy milk powder? If they haven’t even finished their education, how can they raise a child?”

“Where is she” wrote: “An actual hot mom should be elegant, experienced and classy. These 15–year-old girls can’t hold bastard babies and think that they are the hottest!”

“Annabelle-yyy” even sums up these young hot moms as “girls who chose to sleep with someone during a time when they should have been studying. Later they dropped out of high school and had babies. They are not called hot moms; they are called illiterates! They will probably lead their children to become illiterates.”

Well, besides these young chicks with babies who might not even be theirs, we have to admit that there are some hot moms that look really fantastic. In some pictures, it’s really hard to tell which one is mother and which one is daughter.

Youthfulness is incredibly important in Chinese aesthetic, and no woman wants to show that age has sucked the life out of her. Maybe it’s the filters or Photoshopping that made all their wrinkles disappear, but they do prove the stereotype that most people have: Asian women never age. 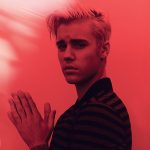 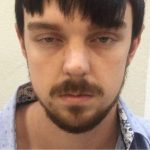