After a photo of two kids playing on the Vietnam Women’s Memorial in Washington, D.C., went viral this week, it brought up a healthy debate on parenting and what respect for historic sites really means. Both the kids and the parents have been criticized online for their actions, but isn’t anything private or to remain within a family anymore?

Freelance artist and photographer Matthew Munson snapped the photos while on a sightseeing trip to the nation’s Capitol Tuesday.

“I managed to take some decent photos and even a very powerful one of two little brats climbing over war memorial right in front of a veteran,” Munson wrote on his Facebook page. “It was a sobering moment.”

Reaction on social media covered the spectrum of feelings, both critical of the parents and in defense of the children playing as just being kids doing what kids do. Criticizing any parent for how they raise their children, save for a clear case of abuse, is obviously opening a massive and rotten can of worms. Posting photos online of someone’s kids misbehaving and then calling them names online is even further over the line. In addition, it brings up privacy concerns and the fact that once something is put on the Internet it will survive, virtually, forever.

In reply to Munson’s Facebook post, one use wrote, “Shame on the parents. They have no respect for our veterans so they are teaching their kids the same lack of respect. It is a monument not a jungle gym. Take those damn kids to Disney Land and not to a place of remembrance.”

But others were more forgiving, like someone who posted, “They are just kids, and it’s just a statue. People invest way too much into idols and memorials.” Another wrote, “You’d think people would be intelligent enough to realize that the memorial itself is just a hunk of rock. It’s not the memorial that’s important; it’s what it stands for.”

The statue was dedicated in 1993 and was the only monument to female contributions until the Women in Military Service for America Memorial was dedicated in 1997. The former depicts a woman caring for a fallen soldier in remembrance of the women, mostly nurses, who served during the war. Munson took the pictures after the parents suggested their kids climb the statue to pose for a picture, but would reaction be any different if they were holding American flags or posed with serious looks on their faces?

If rhetoric that began the conflict in Southeast Asia was to believed, this country fought there to protect freedom from foreign communist influence. If you take that idea a step further — these are kids playing — how is that not a clear example of that freedom succeeding and being protected to this day?

When something like this gets posted online and people react, what they are mad at or trying to focus on becomes up for interpretation by millions. And did Munson have to call the kids brats? Yes, it looks like the veteran in the wheelchair and his companion pushing him along are upset, but maybe they were more surprised than anything.

A picture can say a thousand words, but strangers being critical of parents they have never met is a dangerous and most likely hypocritical moment. Surely any parent who posted wouldn’t want pictures of their own children reacted to online by millions or their upbringing skills criticized.

It would be unrealistic for us to expect that the children in that photo would express the seriousness, respect and perspective of adults who have been educated on the legacy of Vietnam. Should they have been told that was inappropriate? Certainly yes, but jumping on either the parents or their children for a momentary lapse or forgetting that it could be interpreted disrespectfully is certainly forgivable.

Let’s not be so quick to jump to conclusions based solely on images. Think before you call someone a name online, especially if that someone is a child. We all make mistakes, and the kids captured in this image don’t deserve to be criticized for their parent’s insensitivity for the rest of their lives. 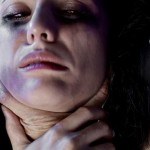 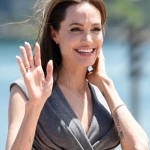