This may not be a sign of impending doom or the apocalypse, but residents of Chicago are confronting an unusual and disturbing situation with roaming zombie dogs.  The images speak for themselves and would give anyone pause if confronted.  But if you live in Chicago do not have any contact with these poor animas.  They are not dogs that need help, they are infected coyotes that can sicken domestic pets if exposed to the disease, even second hand.

NORMALLY WILY, THESE COYOTES SICK WITH MANGE AND WANDERING AROUND IN DAYTIME

The warning came last week when Hanover Police posted a warning to its Facebook page, explaining that these coyotes which are normally nocturnal animals, have been infected with sarcoptic mange.  This visually disturbing and dangerous disease causes the poor coyotes to be active in daytime and to be virtually unrecognizable as coyotes.

“Infected animals will often appear ‘mangy’ — which looks just like it sounds. They suffer hair loss and develop secondary infections, eventually looking like some sort of ‘zombie’ dog,” the department said.

Police said the infected coyotes aren’t “typically aggressive,” but warned residents in the area to avoid them and keep them away from their pets, who can catch the contagious disease.  The sarcoptic mange is easy to transfer to domestic animals so the warning is in earnest.

“Please DO NOT approach these animals or allow your pets to approach them. You can avoid attracting them to your yards and neighborhoods by not leaving food out and by securing your garbage,” the department said.

It’s common to spot coyotes in Illinois, especially in the southern, southeastern and west-central parts, according to the Department of Natural Resources. Though there hasn’t been a reported case of coyotes biting humans in northeastern Illinois.  But despite the coyotes wretched appearance and seeming friendliness, residents should stay away and do all they can to minimize anything that would attract the sick animals in residential neighborhoods. 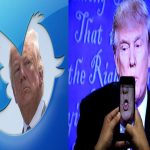