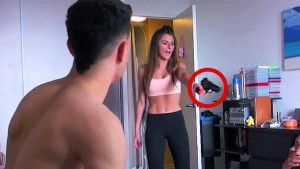 The night Alex dumped me for cheating on her, my parents bought me a steak dinner. It wasn’t a congratulatory dinner, but rather a “we’re on your side no matter what” kind of meal.

I remember the walk down from Alex’s apartment, the numbness, as she chased me down the stairs demanding all her stuff back. Her questions still rang in my ears — that wasn’t heartbreak in her voice. It was astonishment.

There were a year’s worth of lies that needed answering. How had I gone behind her back with six women without her noticing?

“When did you do this?” she asked me, standing at the opposite end of her bedroom. “We were always together.”

It seemed like I was going to get away with it, at first. The night before she dumped me, Alex had shown up at my apartment, crying, begging me to tell her what to believe. Hours earlier, Alex’s friends had tried to talk some sense into her in an intervention.

“The time to believe John wouldn’t do this to you is over,” I could imagine her friends saying in a chorus, forming a circle around her.

Several people had come forward to confirm the rumors she had failed to accept. Always on my side, unconditional, Alex came to me first before listening to them.

“No,” I said. “Your friends don’t know what they’re talking about.” I acted like the victim, throwing a pillow across my room, assuring her that I was a quiet guy, that I never bothered anyone. “People make up rumors about people they don’t understand,” I explained.

Alex smiled, tears sinking into the deep corners of her mouth. She kissed me.

“Don’t worry,” she said, holding on to my face, “I just need some time to think. Then we’ll go have a nice dinner and fix this.”

Alex looked hopeful, her eyes bright, watery, satisfied with the lie. In retrospect, I knew this was her coping mechanism, and her way of knowing once and for all how far I was willing to carry the lie. Then it would be easy to convince herself, in the privacy of her bed sheets and in front of the mirror, that I had never loved her to begin with.

I spent the next six months in the space between getting caught and redemption, the first three in which I barely left my apartment at all except to go to class. I was ashamed, afraid to confront her friends on the street. And I grew paranoid that if I even stuck a foot outside my apartment, I’d run into Alex. Instead, I stayed in bed most days, watching reruns of “The Office” (I watched the entire series at least six times front to back) and ordering Chinese food for five.

My friends were merciful enough to leave me alone most of the time. Instead, they checked in by phone. What good was I to them? I sulked, imagining how my life might’ve been different if I had kept it in my pants. And I pitied myself at the slightest hint of her.

After we broke up, I started having nightmares. Every night, she came to me, willing to take me back, offering me her hand, and then pulling it away from me at the last second, floating farther down the tunnel of my consciousness until it was just me.

At least I could be with Alex through the things she’d left behind at my apartment. At night, when it was especially quiet and I was unable to sleep, I’d wear one of her necklaces, holding it close to my lips. Or I’d rub her shirt all over my face because it still smelled like her.

Of course, I already knew it was too late.

I didn’t tell my parents, who were in the middle of their salads, everything Alex had said to me an hour before. Instead, I told them how sorry I was that I had done this to such a special girl, someone whose kindness had never faltered. Even before dating, Alex and I had been best friends, depending on each other to get through difficult moments in our lives. I was her best guy friend, which made it so easy for us to step beyond the platonic boundaries and into a relationship. I was more hurt about losing my friend than a girlfriend.

“It’s all my fault,” I told my parents, as I cut into the steak — medium rare, pink in the middle with a slight trace of blood. “I should have never done this to her.”

My parents looked at each other in that way they do when they’re about to reveal a piece of secret wisdom.

“Don’t beat yourself up about it,” my mother said. “All these little loves you have now, they’re just flings. Not to be taken seriously. One day, you won’t even remember why she was important to you in the first place.”

And I believed my mother at that moment, even if what came after that night was a torrential storm of guilt and despair. But for a few hours, she had gifted me the free pass of youth, inexperience and forgetfulness.

“More importantly,” my father said, “did you admit that you had cheated on her?”

Facing Alex for the final time at her apartment, she went one by one. It was like being in a courtroom and listening to the judge read the charges. Name after name, she asked, “Is it true?”

Nothing came out of my mouth. At last, the coward had been exposed, not by confession, but by his silence.

I just kept shaking my head, my bottom lip quivering, unable to look Alex in the face.

My father asked again, “Did you confess?”

My parents shook their heads.

“That was your mistake,” my mother said.

“You never confess,” my father explained.

Six months after the breakup Alex and I started talking again. We could be in the same room without avoiding each other, or at the same party without starting a fight.

It was nothing at all like when we had been friends, but it was something. I’d missed her.

“Want to know one of the things that surprised me the most about our breakup?” she asked me during an afternoon walk. “You never tried to get me back. You never begged. Nothing.”

“Would it have worked?” I asked.

“No,” she answered in between laughter.

I remembered something my father had asked me after the steak dinner. We were sitting in his office, having a drink.

“Do you want to know how to get her back?”

What hidden wisdom had my father been prepared to share with me? A few hours before, I would have done anything to keep Alex by my side. I would have lied, deceived and turned her against her friends. I would have continued to betray her, fighting back her questions and her tears. But why had I remained silent when it had mattered most? Was I ready to face my punishment?

I had already hurt her so much. I wasn’t a nice guy, and I knew what I would do if given a second chance. 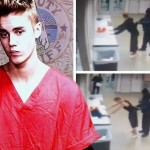