Ah, how things really haven’t changed.  A teen girl in Texas claimed that three black men kidnapped and raped her in March of last year.  But there’s just a little tiny problem.  She made it up.  It didn’t happen.  No one raped her.  She’s a total fake. The 19-year-old liar’s name is Breana Harmon.  She’s from Pottsboro, which is in North Texas.  She recently pleaded guilty for her lies.  They include 4 felony charges of tampering with physical evidence, government documents as they relate to false reports of both kidnapping and sexual assault.  But she’s facing no charges.  What the hell is that about?

SHE’S REMORSEFUL, SO SHE PLED GUILTY: IT WORKED, NO JAIL TIME, CHARGES AT ALL

Her attorney is Bob Jarvis.  He told local media, “She’s very remorseful for what she did and what she said, and that’s why she decided to plead guilty.”  Fortunately, no suspects were ever identified or arrested in relation to her claims.  But Harmon will have sentencing on March 20th.  Both of her plea options involve no prison time.  But I’m not sure the no harm, no foul idea should apply here.  Would a black woman get no jail time for similar charges?  To ask is to answer.

Way back on March 8, 2017, someone reported Harmon missing when they noticed her car was open with a lot of her things, which included her phone and keys, spread over the ground.  Hours later, she appeared in a church.  She was dressed in a bra, shirt and underwear.  That’s when she told everyone three black men wearing ski masks kidnapped her.  Her story also included how two raped her while a third kept her restrained.  But what the hell, again?  Why?  She had an argument with her fiancé.  She cut herself.  But then she made up this awful story so her family wouldn’t be angry with her.  Stupid.  So, so stupid.  Just think about what Liam Neeson said recently. 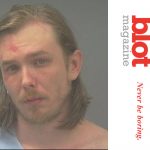 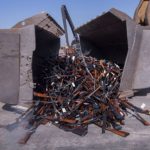