So it’s hard to keep up with the news cycle every day.  And by cycle, I do of course mean cycles.  Every second, to minute, to hour, day and week.  And with Trump and the pandemic, shoot, where do you begin never mind end the crazy news review?  It’s just too much.  So much so, that you likely missed this little tidbit.  Remember the CARES Act?  That had all that money for a host of things?  But especially to help small businesses and prevent even more unemployment?  Well, it turns out that it wasn’t just major corporations and rich folks with “small” companies who got federal loans.  The graft was totally bipartisan.  Like, dirty on both sides of the aisle.

REPUBLICANS MAKE OUT LIKE GRAFT BANDITS, AND DEMOCRATS SHILL FOR SHINY PEANUTS

So are you surprised?  No, of course you’re not surprised.  But you should be upset if this is news to you.  Because Americans are likely to only get another $600 round of checks in the new(er) stimulus bill.  Because Republicans suddenly care about the deficit, with an incoming Democrat in the White House.  Oh, and they already got their gravy, for them AND their corporate pimp masters.  But Democrats aren’t immune to the gravy graft feeder in the political barn.  Oh, not at all.  But Dems don’t tend to whore themselves for quite as much money as the Republicans manage to.  I’m not sure if that is better or worse.

Related: Why is Billionaire Donald Trump Begging For Money?

GRAFT MANNA FROM HYPOCRITE HEAVEN, CARES ACT ONLY GOES TO SHOW WHAT POLS REALLY CARE ABOUT

But here are some details of the CARES Act bipartisan graft.  Businesses (38) associated with one Libertarian and 18 Republicans in Congress scored over 21 million dollars from CARES.  So on average, 2 companies for every Rep got money those Reps voted for.  9 Democrats, bless their not quite as dirty hearts, got only six million for just 11 of their businesses.  But let’s not forget the bipartisan groups that exist hand in hand with both parties.  Nonprofits, think tanks, “policy” institutes, caucuses and some higher ed schools made off with a whopping $54 million.

It’s enough to make you want to be a high-profile whore, ahem- prostitute, ahem- I mean politician.  Just check your soul at the door to power! 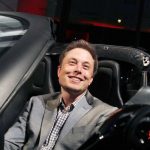 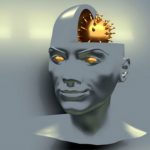