Because I have a 2-year-old in the house (my granddaughter Elise, who is the smartest, funniest and most beautiful child ever — because what sort of grandfather would I be if I didn’t know that to be true?), I spend a lot of time with Disney stuff on the TV. It’s mostly benign and insipid stuff like “Jake and the Neverland Pirates” or a cartoon that has some merit like “Doc McStuffins,” and of course, all those movies.

However, on the Disney package Dish TV gives me, those movies are chopped up with commercials. So while I haven’t seen the series itself, I have seen promos for “Descendants,” which posits that all the villains in those movies had children and they all go off to the same school — rather like Eton or Andover or Hogwarts. It raises an interesting question: What exactly happens to the offspring of real-life villains?

In my other life as a commentator on global politics (in brief, it’s all a mess), I have met a great many people from around the world who are well-connected in the halls of power. I have met various professors, ambassadors, foreign ministers and even a couple heads of government. One of the more interesting is a woman named Nina Khrushcheva. She is professor at The New School, a senior fellow of the World Policy Institute and from 2002 to 2004 was adjunct assistant professor at the School of International and Public Affairs at Columbia University.

It just so happens that her great-grandfather was Nikita Khrushchev, who succeeded Joseph Stalin’s successor Georgy Malenkov as dictator of the Soviet Union in 1955. Khrushcheva’s a critic of the Putin government and recently held up a sign in Red Square that read “Putin is a Dick.” So being a highly educated and thoughtful person with a well-developed sense of justice who shares her learning with others is one career option.

And then there is the only daughter of Joseph Stalin, Svetlana Alliluyeva, who defected to the U.S. in 1967. She could have taken Dr. Khrushcheva’s path decades earlier, but instead, she seems to have done nothing worth noting. Also known as Lana Peters, she married a protege of architect Frank Lloyd Wright named William Wesley Peters — for 20 months; it was her third marriage. Wright’s widow was convinced Alliluyeva was the reincarnation of her own dead daughter. Svetlana returned to the U.S.S.R. in the 1980s, feuded with relatives and moved in with her daughter Olga in a rented house. She died in 2011.

Another child of the Communist nightmare empire is Valentin Ceausescu, the adopted son of Romania’s long-time dictator Nicolae Ceausescu. Valentin appears to have kept his nose relatively clean, becoming a nuclear physicist with a degree from Imperial College London. He was held for about nine months after the anti-communist revolution but released without charge. He asked for his art collection to be returned, but the government has declined to do so. It included 50 paintings by Romanian artists, engravings by Francisco Goya and hundreds of rare books — quite an accomplishment on a physicist’s salary.

Read more: 14 Dictators and the Dickshit Things They Said

Have you ever seen commentator Alina Fernandez on CNN? She’s Fidel Castro‘s estranged daughter. She sneaked out of Cuba with false papers and wearing a wig in 1993 at age 37. She has a radio show in Miami, and she seems quite content to live there. However, she might return now that uncle Raul is in charge, having said in the past that “He was the person to whom you could go to and ask for help every time you had a practical problem. I personally asked for his help a couple of times, and he always helped me immediately. In the family he was the only help you could find. On these kinds of issues, Fidel was totally unhelpful.”

Enough of communists, what about fascists? Well, there’s Alessandra Mussolini, granddaughter of Il Duce, Benito Mussolini — the original fascist. She’s been a Playboy model, an actress (her aunt is Sophia Loren) and had an album released in Japan. She later went into politics, serving as a Member of the European Parliament.

Generalissimo Francisco Franco had one child, María del Carmen Franco y Polo, 1st Duchess of Franco, Grandee of Spain, Dowager Marquise of Villaverde. She seems to have gone into the aristocrat business. King Juan Carlos made her a Duchess after her father died, and she seems to be living off family money. She wrote a book about her dad who was a loving and warm man who had the decency not to discuss the viciousness of his rule (Google Spain’s White Terror) — “he didn’t talk about it at home.”

Zury Rios Sosa is the daughter of Guatemalan dictator Gen. Efrain Rios Montt and the wife of Republican Congressman Jerry Weller from Illinois. The General presided over part of the wedding, and he offered this observation, “the husband is the brains of his woman … who should be loved like the church loves Christ.” Zury Rios Montt Sosa de Weller spent quite a few years in the Guatemalan parliament after her father lost his job as dictator. She still fully supports her father, saying, “My father is my inspiration.”

Some of the tyrant apples don’t fall far from the tree. Faisal Wangita is one of 43 children of the Ugandan dictator Idi Amin, whose zany evil was covered pretty well in “The Last King of Scotland.” Faisal is in jail in the U.K., for charges of related to the murder of a rival gang member in North London.

Then, there is Marko Milosevic, son of Slobodan Milosevic the convicted war criminal from Serbia. He is alleged to have close ties to the local mob. He ran a nightclub that might have been a place for gangsters to do business called Madonna and he operated a theme park called Bambiland. In 1991, he said in an interview said, “I have to have a girl and music and a car and gun. I would like guns to remain my passion.” Well, he wrecked about 17 luxury cars before he fled Serbia for Moscow ahead of charges he threatened a demonstrator with a chainsaw. Allegations that he is worth half billion euro are probably in the ball park.

Then, there are the Hitlers. I know, Adolf never had kids, but he did have a half-brother named Alois Hitler Jr. Alois had a boy named William Patrick Hitler, who fled Germany in 1940, and who begged FDR to let him fight his half-uncle’s madness. “All my relatives and friends soon will be marching for freedom and decency under the Stars and Stripes … I am respectfully submitting this petition to you to enquire as to whether I may be allowed to join them in their struggle against tyranny and oppression?” After being cleared by J. Edgar Hoover of the FBI, he was a sailor in the U.S. Navy and changed his name to William Patrick Stewart-Houston. He died in 1987. But he had four sons who grew up on Long Island: Alexander, Louis, Howard (who died in a car accident) and Brian. Alexander is a social worker, Louis and Howard run a landscape business. They have reportedly made an agreement among themselves never to have kids — to extinguish the bloodline. I admit I feel sorry for them. 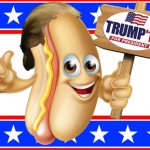 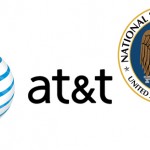