If you could have any superpower, what would it be? For me, it would be flight. Not in the same vein as Iron Man, who has to rely on a machine for his abilities, but more like Superman, who just has his powers built-in and always available.

Flight, though, even when it comes to gadget-fitted superheroes, isn’t as common as you would think. This could have to do with the fact that creators of these characters try to keep a human element to them so that we, the viewers, can better associate with them. However, science is actually catching up with the world of science fiction and although flight may be some time off, other enhancements are already here.

In Tehachapi, Calif., a group called Science for the Masses has found a way to inject Chlorin e6 (or Ce6) directly into the underside of the human eyeball, enabling night vision. The chemical needed for the process can be extracted from several deep-sea fish and is already being used as a method to treat night blindness, but it wasn’t until Gabriel Licina, a biohacker who injected himself with the serum, pushed the envelope, thus uncovering Ce6’s superhuman potential. According to accounts, Licina did not undergo any severe discomfort and for the most part seemed un-phased by the process.

After administration of the drug, Licina was taken to a dark field where he was asked to identify objects from 10 meters to 50 meters away. Some of the subjects tried to blend into the environment, but Licina was able to identify all of his objectives at a rate of 100 percent. A control group of subjects who also had taken the test only had a 30 percent success rate under the same conditions. Being able to do anything 70 percent better than the next closest person is a huge accomplishment, but if that thing is seeing in the dark, the possibilities are endless!

So what does this mean for practical applications? Aside from the obvious medical and military go-tos, imagine the ’80s-style movies that would make a comeback! I can hear the trailer now: “This summer, you will laugh yourself blind when a group of teen boys get their hands on some Ce6 and sneak into the girl’s dorms after lights-out.” I would also assume there would be a spike in both vigilante and super-villain sightings as well. After all, there is no sense of creating comic book-type powers if there isn’t going to be real-life comic book-type characters taking advantage of them.

In all seriousness, though, there will assuredly need to be more testing before the masses are exposed to such a modern-day advancement, and with the current state of our FDA here in the States, there is no guarantee the common person will ever see the benefit of such a discovery. As the human race gets smarter, faster and stronger, it would seem that night vision is a suitable extension to our evolutionary scale, and although I am sure marketers will come up with a list of a ton of ever-growing applications for such a drug, for me, it would just be nice to make it to the bathroom in the middle of the night without stubbing my toe on the way there. 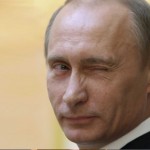 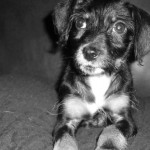