CANADIAN WOMAN LEFT IN DANGER, TOLD NO TREATMENT UNLESS HER UTERUS DROPPED ALL THE WAY OUT

So I’m all for a national healthcare system in the United States.  Sure, we already have one, and it’s called Medicare.  But until everyone can get that, the US doesn’t have a universal system.  And while Medicare works amazingly well, opponents point to bad examples from places like Canada, just like this one.  And no, Medicare for all wouldn’t work like this, as the US is so much bigger.  In fact, Medicare would work even better if everyone had it.  But this story is sure to scare rural white Americans.  And it’s scary, indeed.  A Canadian woman was told she couldn’t get treatment until her uterus dropped out.

KEGELS ARE BARELY A BANDAID WHEN IT COMES TO A UTERUS PROLAPSE, BUT THAT’S ALL MOST WOMEN GET

So yes, that sounds awful.  But that’s because it is.  The Canadian woman’s name is Sherrie Hudson, from Woodstock, New Brunswick.  That’s just north of the border with Maine.  Hudson suffers from a prolapsed uterus, which has been a problem for over two years.  If you don’t know what that is, I’m not surprised.  It’s incredibly common for women, especially after childbirth.  And no, Kegel exercises aren’t always a fix.  Actually, usually they only help a very little bit.  But a Canadian woman like Sherrie Hudson get Kegel recommendations as the norm.  But when your uterus is in jeopardy, you need more than platitudes.

But for this Canadian woman, it was much worse even than that.  A prolapse involving the uterus means that the uterus has literally dropped into the vaginal canal.  And yes, that’s kind of a major problem.  Sherrie had a referral to a gynecologist and they scheduled a surgery to have her uterus taken out back in March of 2020.  But they cancelled the surgery, because Covid.  And Sherrie has been on her own ever since, suffering horrible symptoms and the worst infection one doctor had ever seen.  But they won’t schedule another surgery for her until it’s an emergency!  Doctors told her that she would have to suffer serious hemorrhaging or have her uterus literally drop all the way out.

Only then will they send an ambulance for her to have emergency surgery.  Women’s health seems to be a problem everywhere. 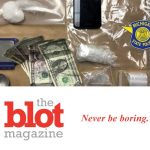 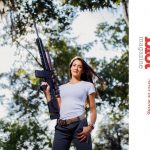