So I’ve always wanted to go to Cuba.  But I’m American and I’m not associated with any University or media group that could make that a good idea.  Sure, people go all the time who are from the US.  But it can be a little dicey, if you know what I mean.  But Canadians don’t have that problem at all.  They just go on a quick vacation with no issues, ever.  Well, maybe not never.  For one Canadian woman, her trip to Cuba came home with her.  It could literally have bit her on the ass.  But her situation was a little bit unusual.  3 weeks after she got home, she found a poisonous scorpion on her kitchen floor!

AT FIRST SHE THOUGHT IT WAS PLASTIC, BUT THEN IT RAN UNDER HER FRIDGE

And by poisonous, we do mean poisonous.  It was a Caribbean scorpion.  While you don’t want to get stung by anything, you really don’t want to get stung by one of these little arachnids.  So the Canadian woman is Gail Hammond.  3 weeks after being back home from her nice trip to Cuba, she saw something on her kitchen floor.  At first she totally thought it was one of those plastic scorpions you see in most kids sections at stores.  But plastic scorpions don’t run away from you and go under your fridge.  So Gail and her daughter were quick to catch the far from home creature.  But after a few days, they decided to take it to Dewdney Animal Hospital.

NOT ONLY WAS THIS THING POISONOUS, IT WAS TOTALLY PREGNANT

A vet there confirmed it was the poisonous sort of scorpion.  Specifically, it was a Hereroctenus junceus.  So sure enough, it’s from the Caribbean.  Gail assumes that it must have stowed away in her luggage and had been hiding in her home since she returned from Cuba.  The scorpion found a new home at the Victoria Bug Zoo.  But here’s where this story gets really scary.  It was pregnant!! 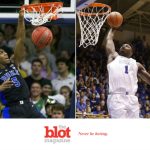 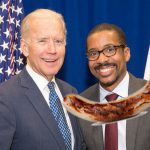